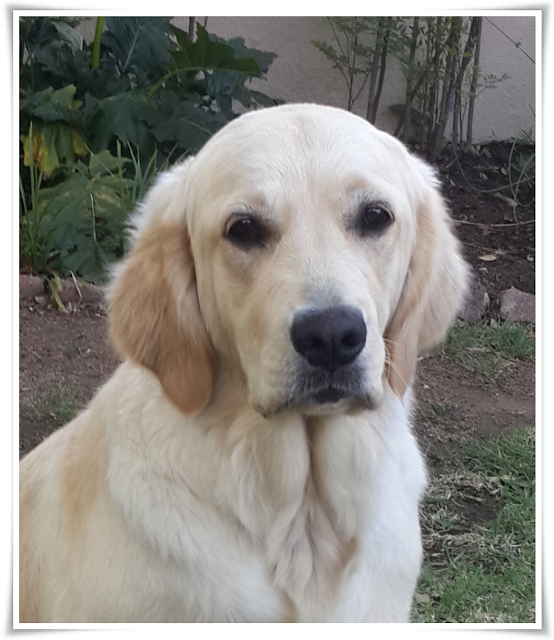 We were up at the crack of dawn on Saturday to get all our things ready and pack the car.  Lexi had been bathed and brushed up to her full glory.  Despite not feeling 100% both Lexi and I were ready for the day ahead. And the temperatures were forecast to be in the mid-30's.

The heat was sweltering as 71 beautiful Golden Retrievers gathered to compete in the 31st annual Golden Retriever Championship Breed Show on Saturday 12 October 2013.  The show was graciously sponsored by HILLS PET NUTRITION who were very generous with their prizes! 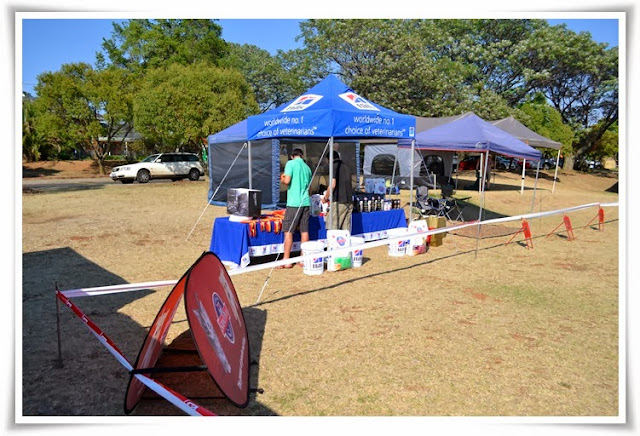 The venue for the event was the beautiful grounds at the centre for the Guide Dogs for the Blind, in Johannesburg South Africa. 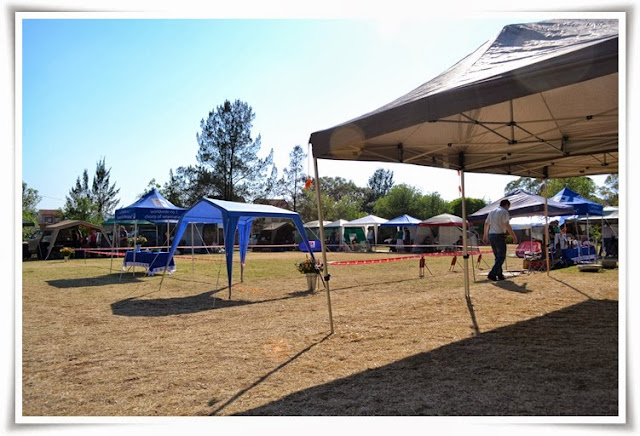 This particular show was to be our little Lexi's first appearance in the Breed Show ring.

The "Boss" and I arrived at the show grounds early so that we'd be able to set our gazebo up in a nice position with a good view of the ring. (We are the little dark tent in the far corner of the ring. We had everything we needed including lots of water for Lexi and a few chewies to keep her occupied. 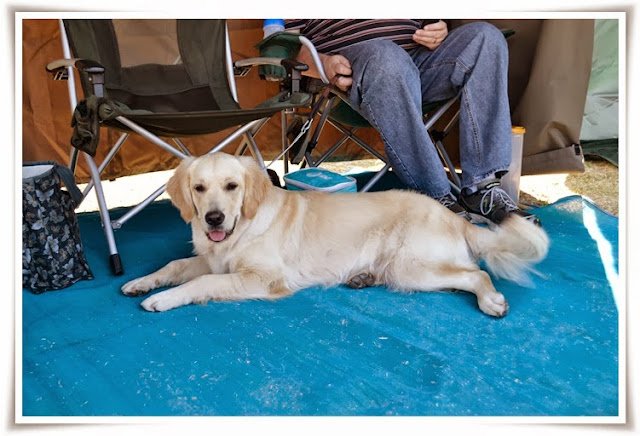 Like us, however, she was far more interested in the array of beautiful Goldens on display than in any treats we had on offer. The ringside was a buzz of activity as people brushed up their stunning Goldens in anticipation of the big event. 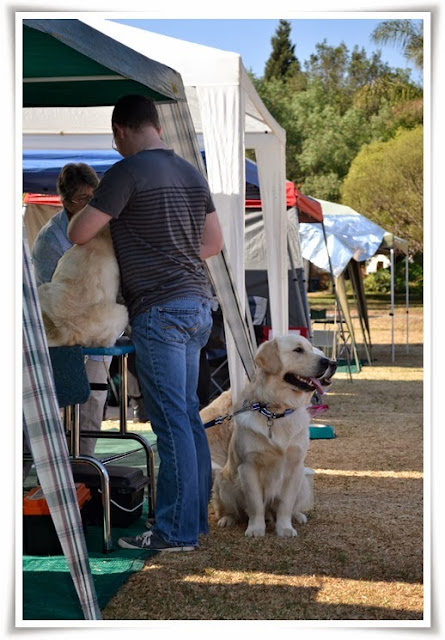 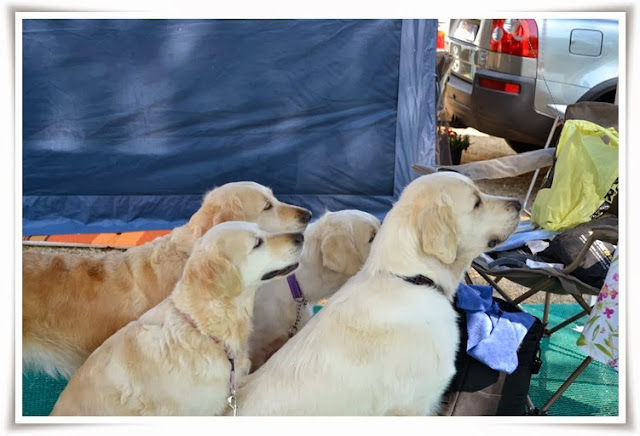 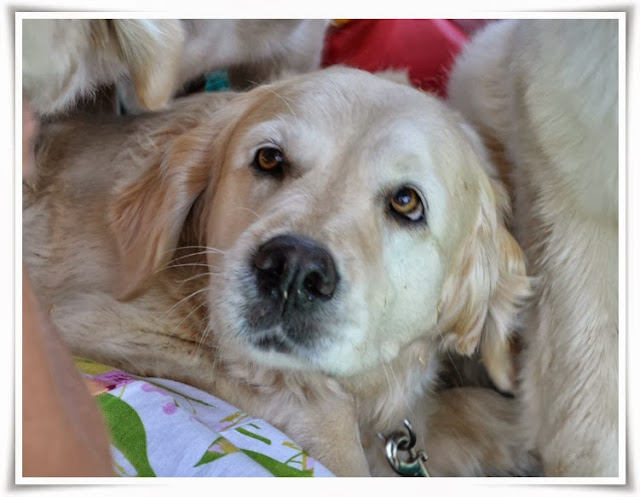 As most of my readers know, I don't personally enjoy being in the show ring, so I am really grateful to Estene Trollope for agreeing to take Lexi into the ring for me.  Lexi and Estene have a sweet bond and it is a pleasure for me to watch them together. They did some practising before the formalities started. 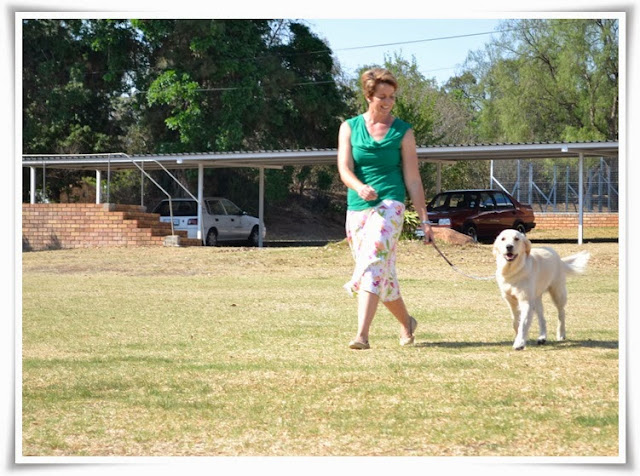 Not only did Estene show Lexi, but also her own four beautiful dogs.
(Estene's lovely Prada - Ch Quillquest Miuccia Prada at Chardale (Ch Siatham Baron Quillquest x Ch Siatham Classic Quillquest) was awarded Bitch CC and Best Opposite Sex )
("PRADA" is the cream golden next to the larger "CHAD" on the R.H.S) 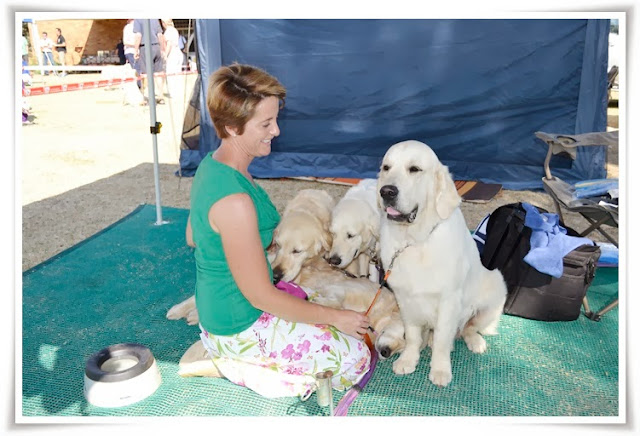 The judge was the highly accredited Sjoerd Jobse (Sweden) 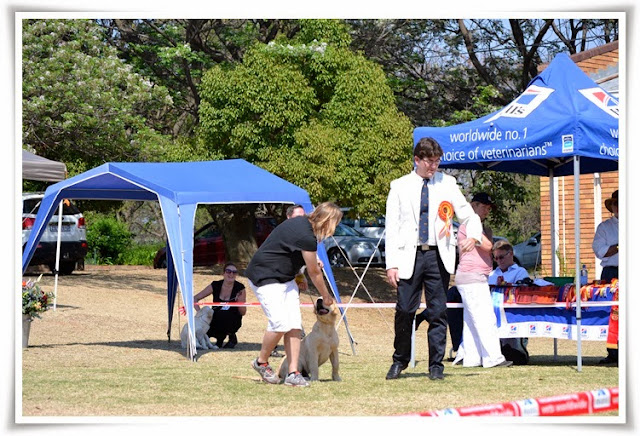 I must apologise for not having taken many photos of all the other beautiful dogs on display at the show.  (I wasn't feeling well and the heat was really getting to me, so only came home with a few photos - and mainly those of Lexi). Take my word for it, however, the standard of dogs was outstanding and I would like to congratulate all the winners. 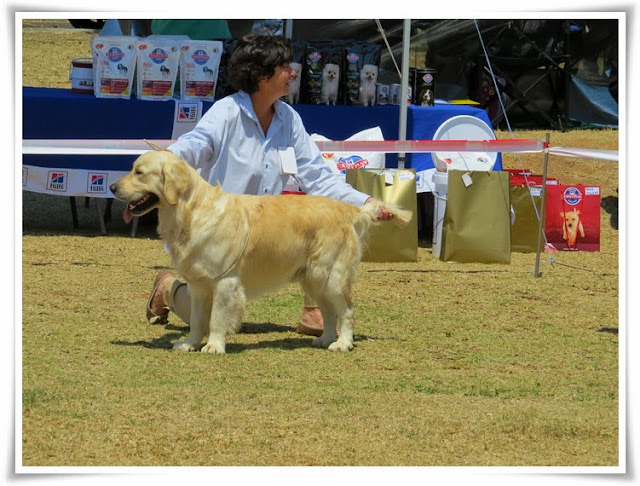 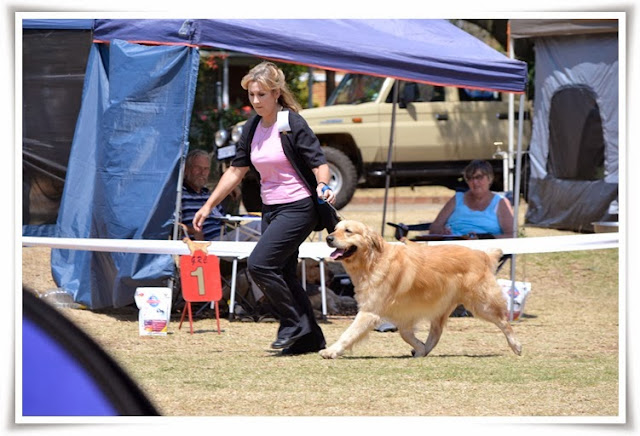 Before we knew it, it was Lexi's turn in the ring... 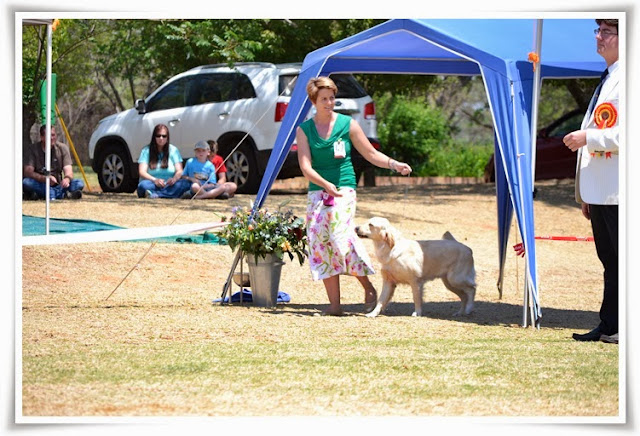 Although Lexi ran quite nicely, she was very jittery with the judge's static examination.
(Who knows if it had anything to do with her bout of 'garbage guts' which got us out of bed twice during the previous night.  Maybe, however, it is just a cast of being a novice at these things).  Either way, I think she looked lovely and Estene was a star!!! 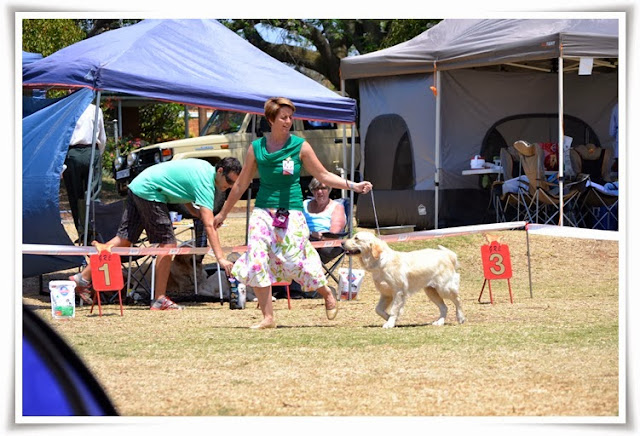 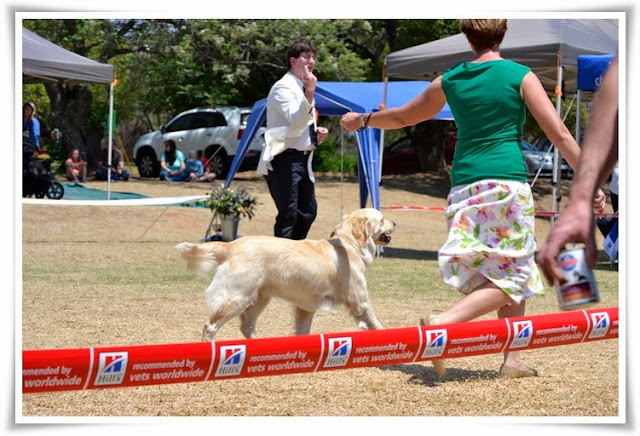 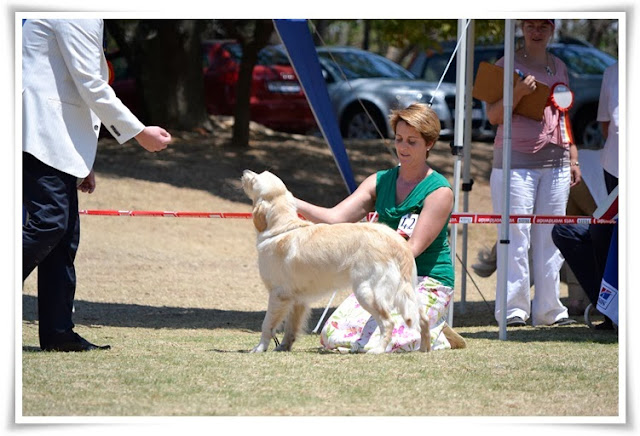 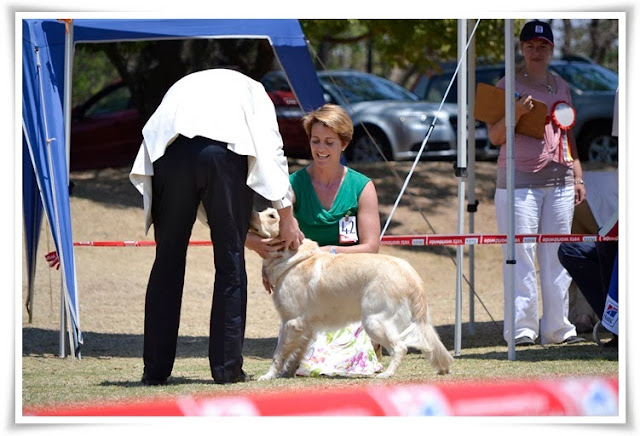 I have prepared a short video of her performance.  Enjoy...

Although Lexi didn't get anywhere at all in the show, it was a good experience and a lovely day. We so enjoyed watching all the Goldens.  Thank you, too, to the special people who stopped by our tent to say hello to our little Princess (especially the dear little toddler boy).
Lexi is ALWAYS keen to meet new people!

Once again, congratulations to all the winners and a big thank you to the organisers, the sponsors - HILLS PET NUTRITION, the judge and the ring steward.