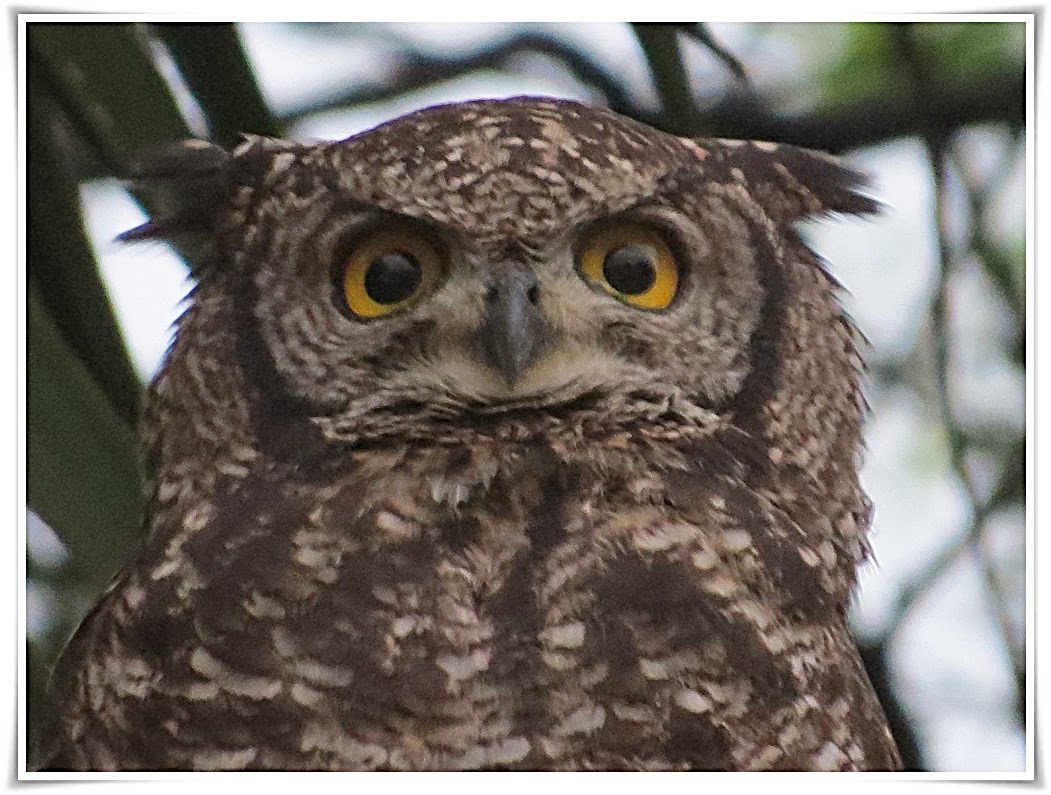 Once again, soft rain settled in for the day. It was a lazy Sunday. My family breathed a collective sigh of relief when we noticed that OWL had returned to her favoured spot early in the morning. 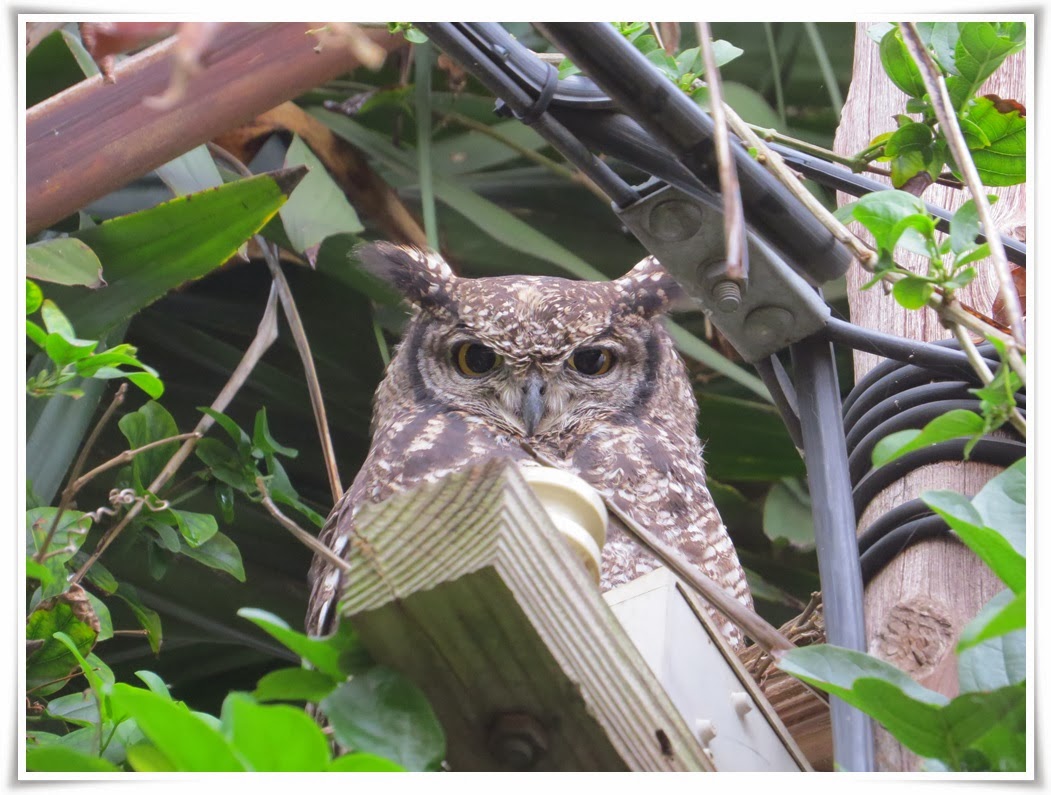 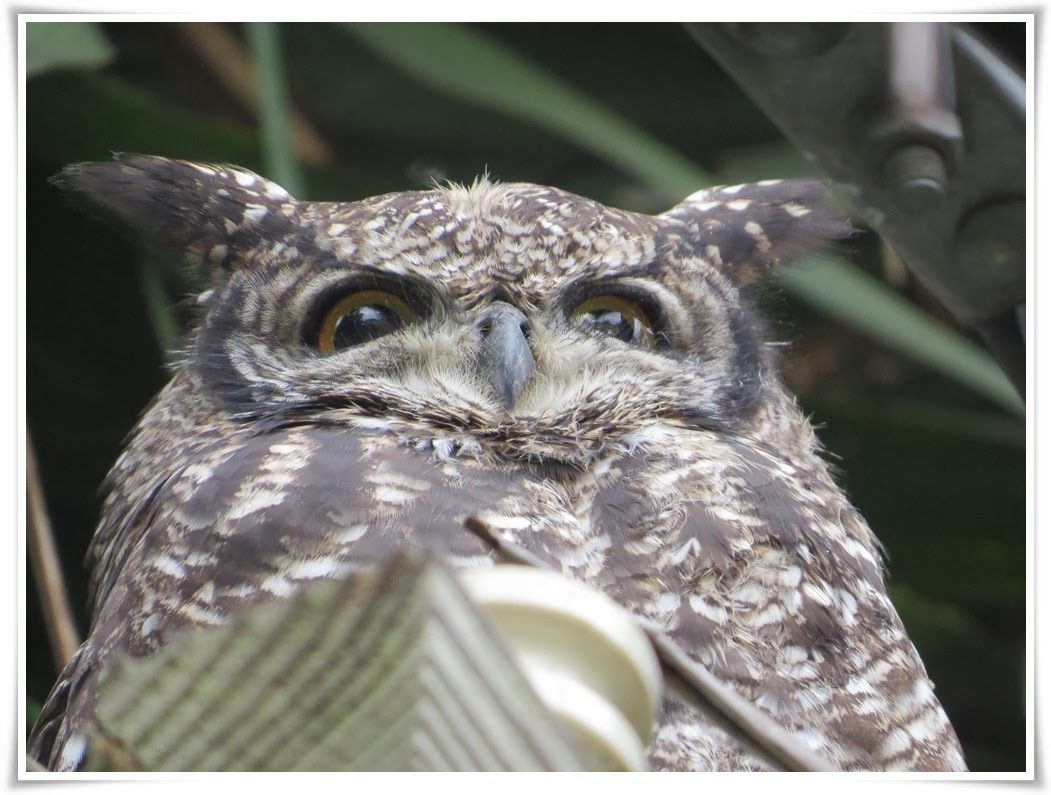 What had she got up to during the night? We'll never know.
It appears that everybody in this household has OWL on their mind.  Will she stay? Will she go?  Will she appreciate the owl box, or not?  So many questions that only time will answer. It certainly proves that we must make the most of every moment - you never know when you'll experience the blessing again.
After discussion, we all feel that this owl may well be a chick which has been recently evicted from its parents' territory. She appears slightly smaller that other SPOTTED EAGLE OWLS I have seen.
We wait with baited breath to see if OWL will take a liking to the OWL BOX which is to be installed tomorrow morning.  (I really hope so!)
Today, however, OWL selected the telephone pole in the corner of our back garden to roost for the day. (The same as the previous two days) 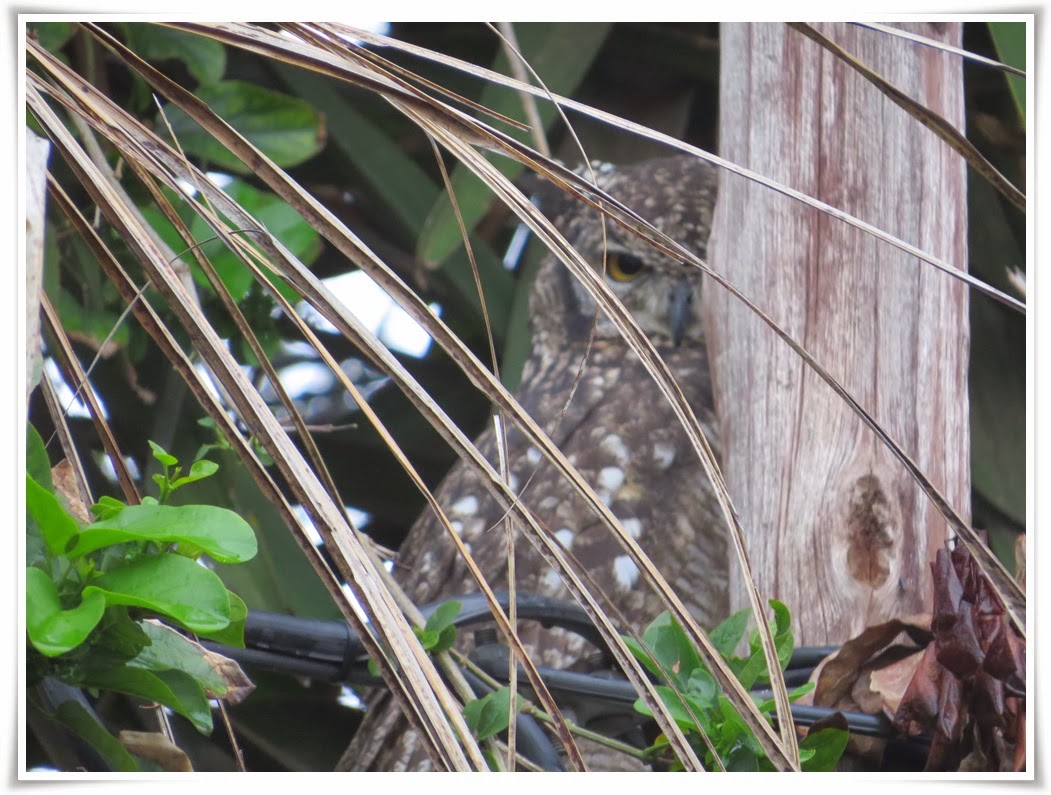 We've not seen any sign of a mate in the 3 days that she's been with us.  Like yesterday, she appeared oblivious to the drenching from the heavens. She settled comfortably in her favoured spot and slept off her wariness. Throughout the day, I diverted my activities to reassure myself that she was still there.

Later this afternoon, I went out to watch her more seriously.  I noticed her attempts to regurgitate her pellet (I think that's what it is called).  Again, as the light faded, she yawned, stretched and preened her feathers. 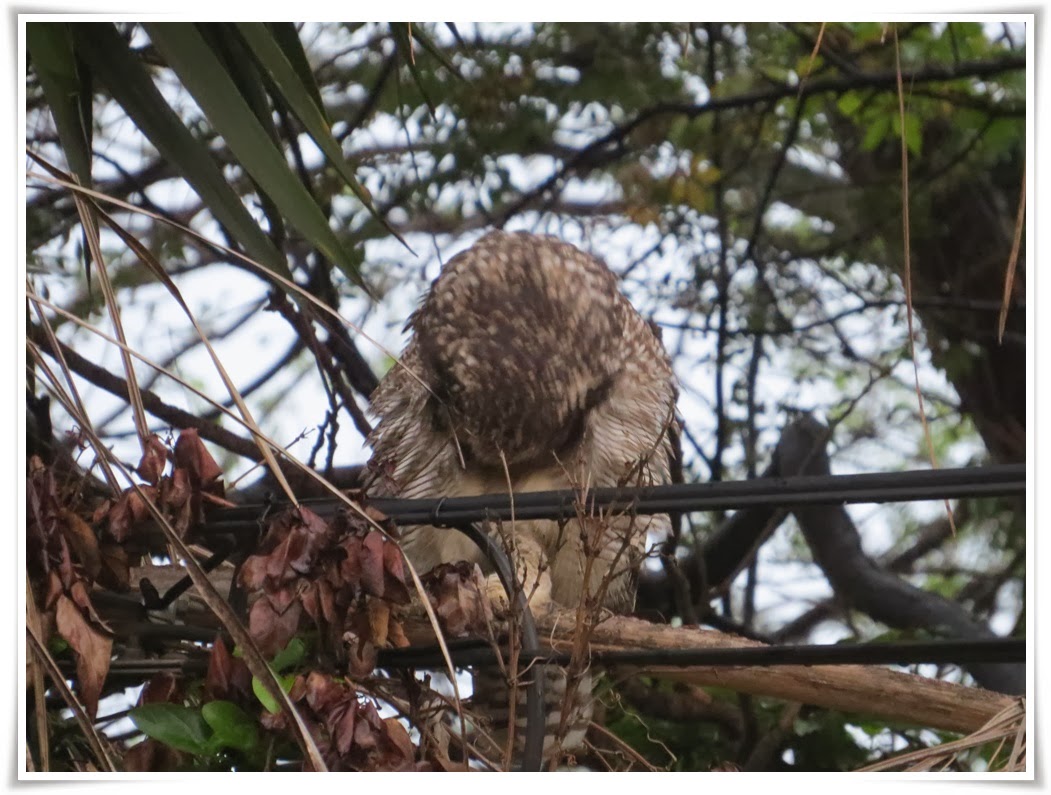 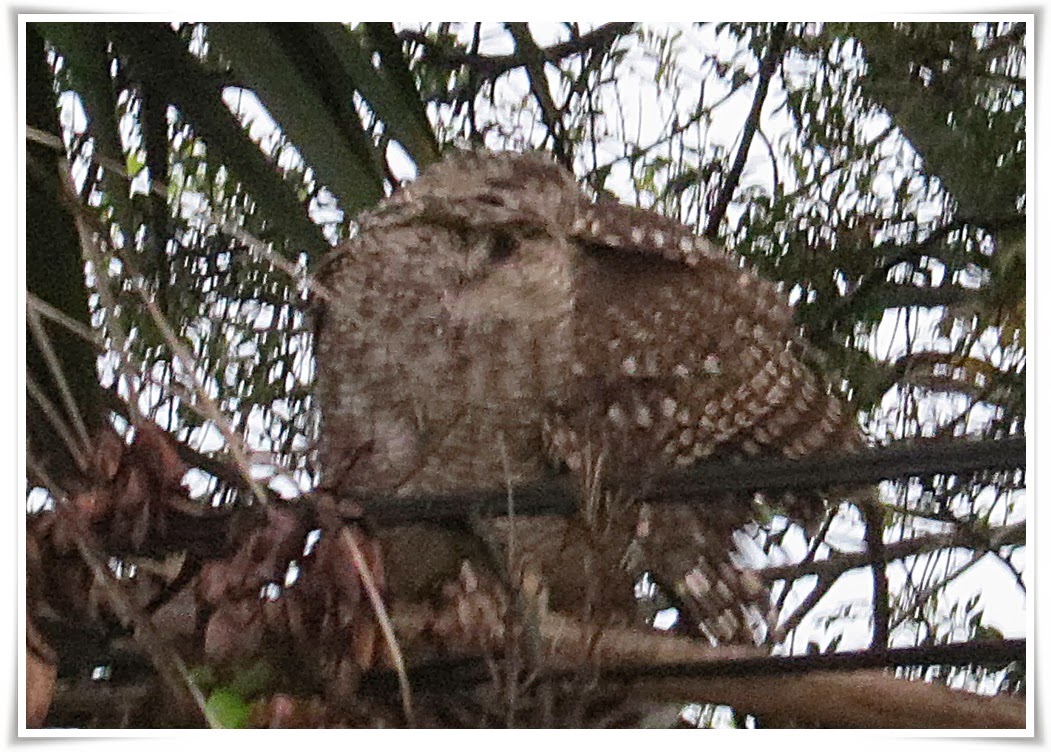 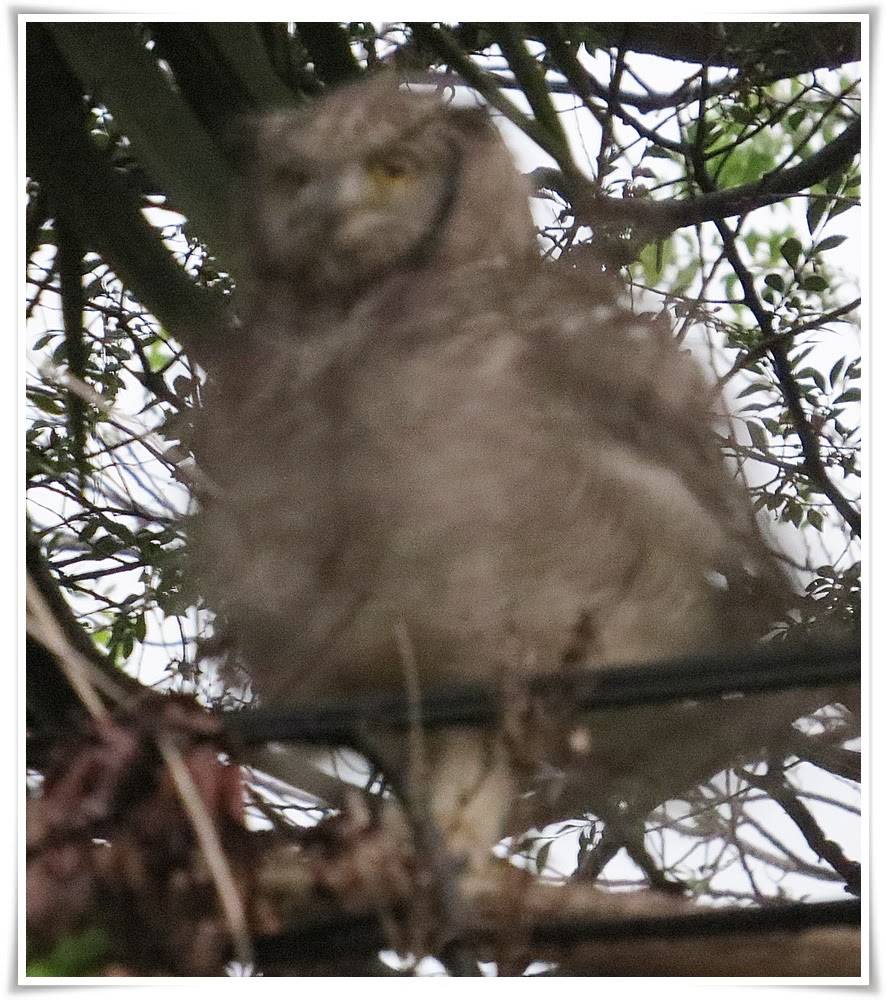 After a good shake (above) she panned the sky. 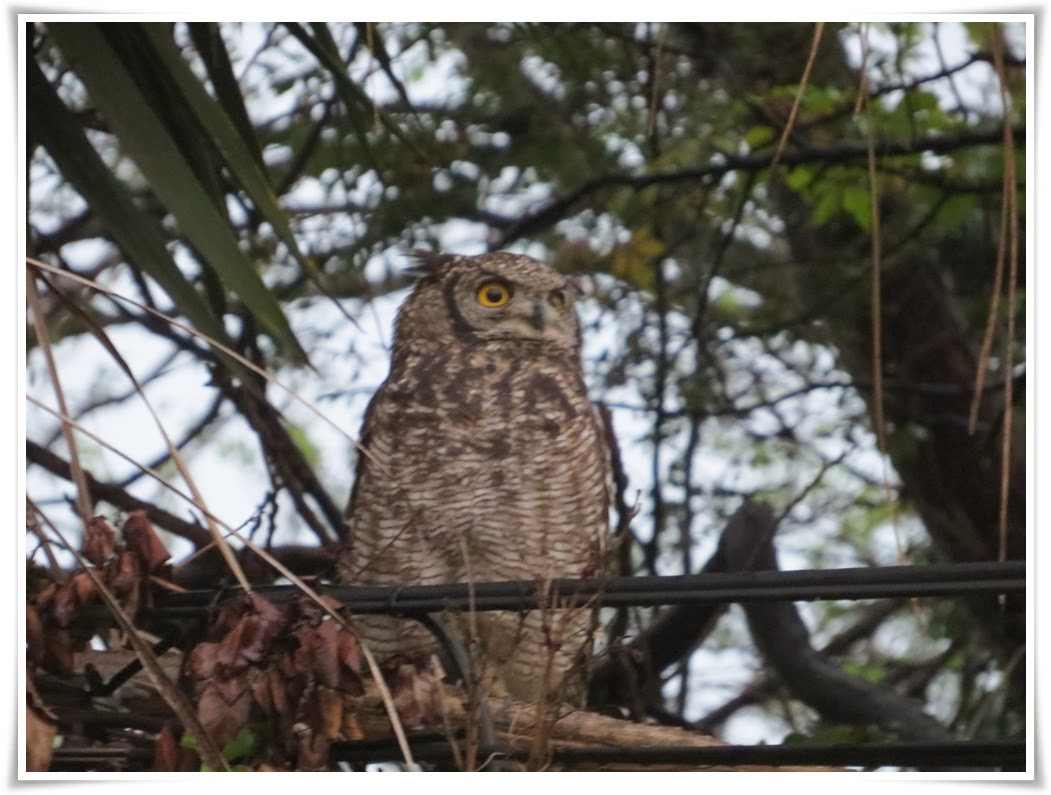 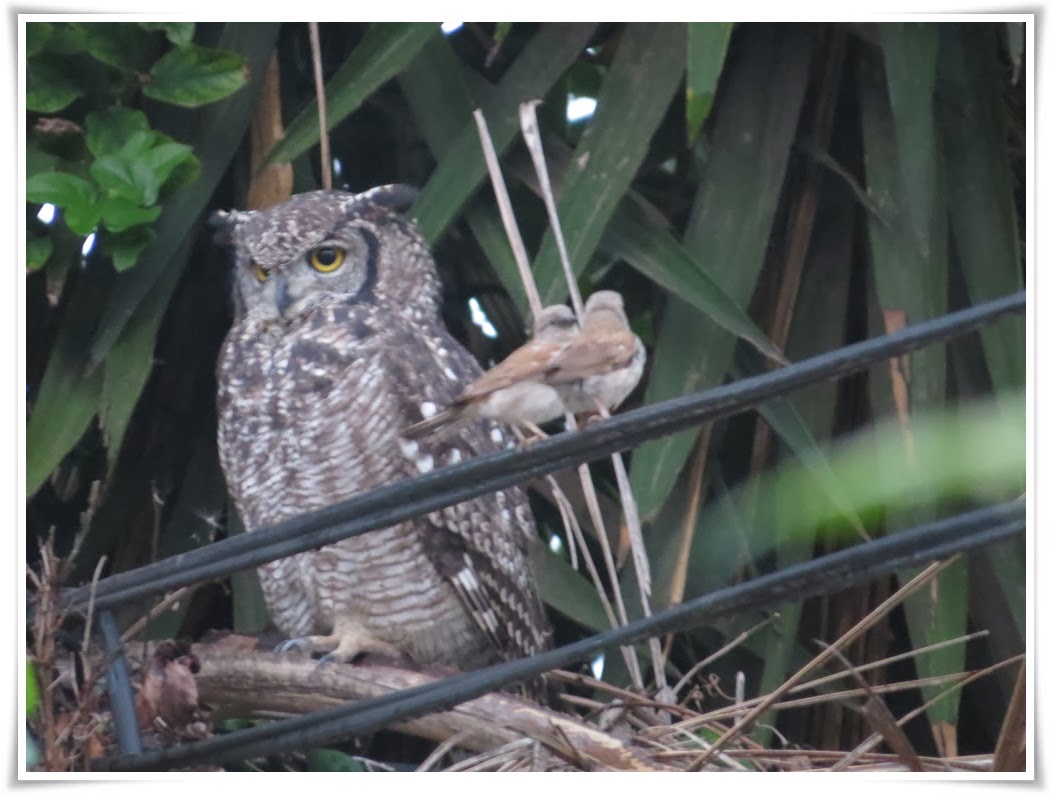 As she became more active the birds congregated in their collective disdain.  Hadedah Ibises, this time, joined the chorus with loud screeches from the neighbour's roof.  Suddenly OWL took off and I swivelled around to see in what direction she was heading. 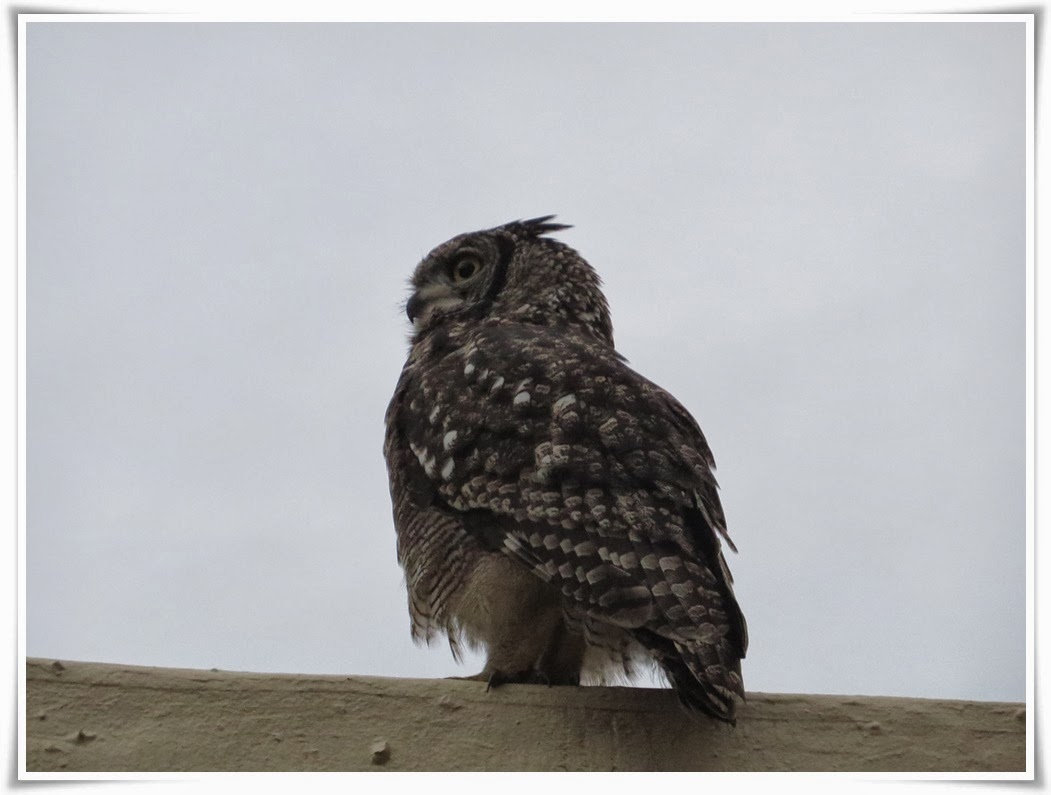 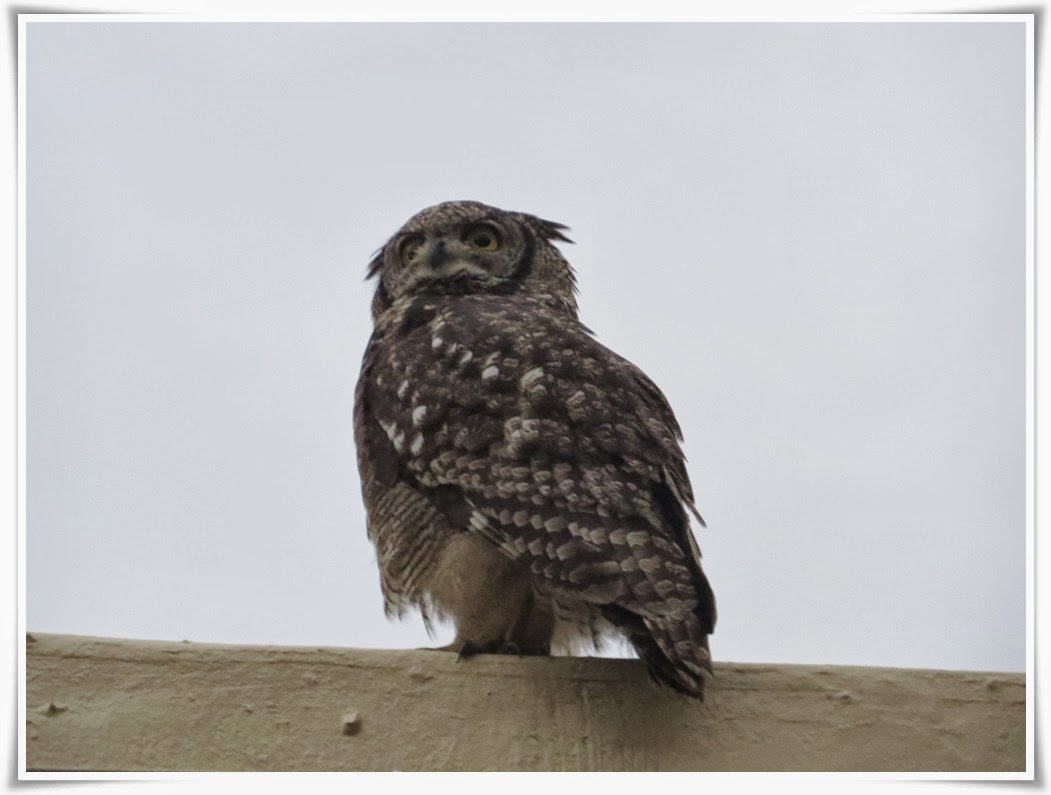 Not far it seemed.  She landed on the roof of our house and then spent a little time surveying the scene.  Then she launched herself into the air as I watched, enthralled, as she chased a Hadedah in mid-air. (Like a 'dog-fight' between two aeroplanes) It all happened in a split-second. There was lots of squawking, but both feathered friends were unscathed.
I scurried around to the front of our house to search the silhouettes of roof-tops.  I finally located her on the roof of a house across the street. 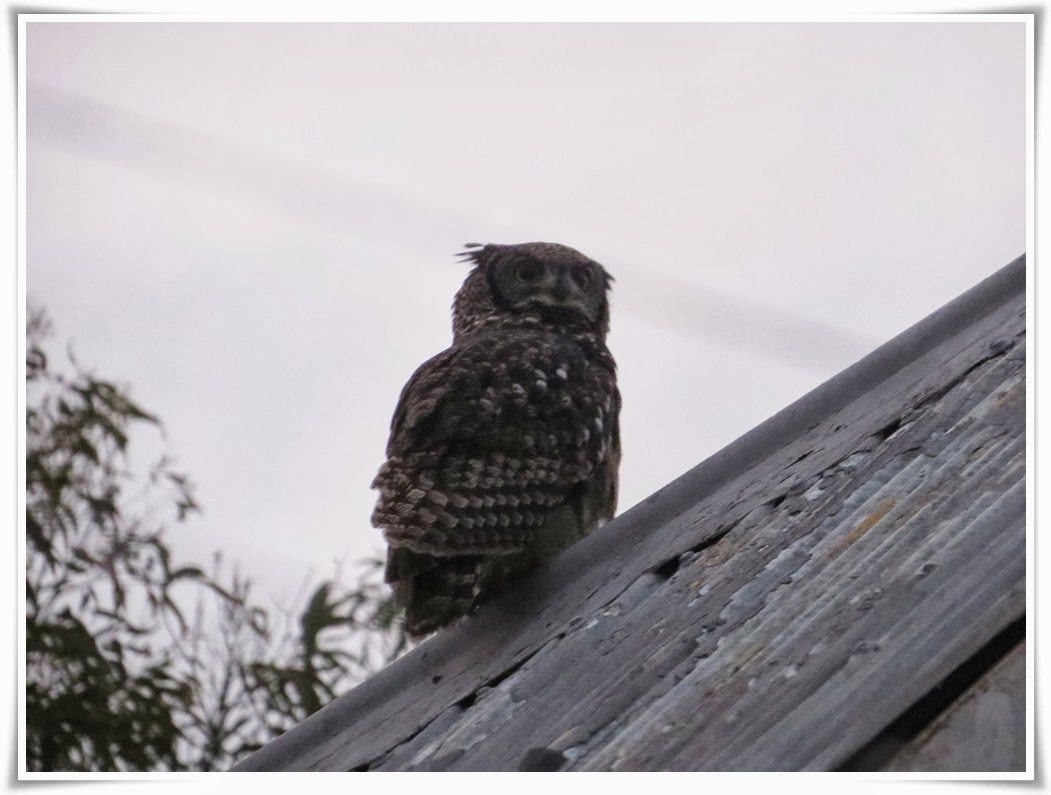 By this time, the light had really faded and it was time to say 'Good bye'.
My prayer, again, is that her night-time hunting will be safe for her and that she will return to us in the morning.
Thank you for sharing this special time.
Lots of love