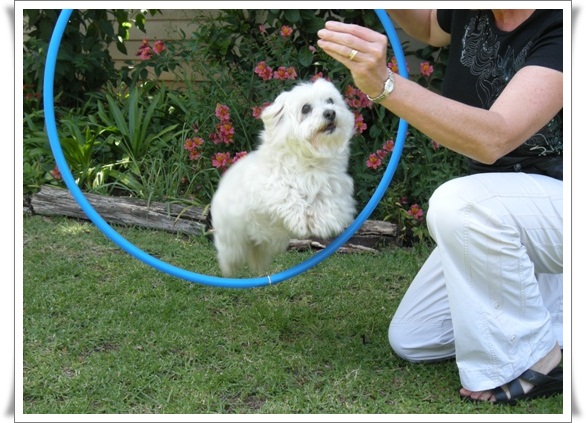 As I sit here, in bed, typing out this blogpost, a sense of deja vu engulfs me.  Just over two years ago, I was in the same place – a place of agonising decision-making.  This time, however, I feel stronger and more prepared to cope with the inevitable road ahead.

On the floor next to me, in the small little dog-bed, lies Toffee – ‘the King’ – a small, ageing Maltese terrier, who has been in our household for over fifteen years.  He’s sleeping comfortably and one has to look carefully to see his gentle breathing.  He’s ensconced in a fluffy white blanket which matches his soft fur.  He’s hardly moved over the past 12 hours except for the short while when my husband picked him up this morning to take him outside and place him on the grass so that he can relieve himself.

Another visit to the vet, yesterday afternoon, revealed that Toffee’s time with us is probably running short.  His advice was expected - to start thinking about euthanasia.  It’s never easy so, in the time ahead, we’ll watch him for that subtle change which suggests that the time has come. My heart tells me that it’s approaching fast.  Perhaps it will just happen naturally, who knows? 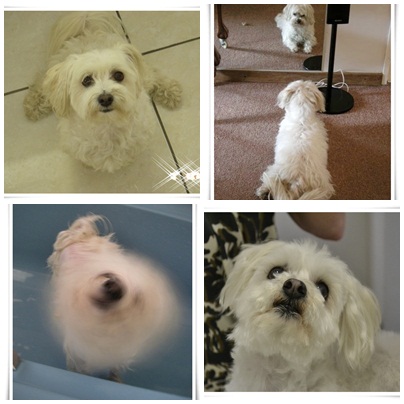 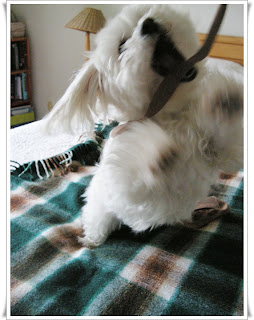 King Toffee has brought such delight into our household over the past fifteen years.  He has faced many odds ... and survived.  He’s lived through the trauma of being mauled by a Rottweiler (A miracle when he was about 5 years old).  He coped (albeit reluctantly), all those years ago, with the adjustment of the small pup – “Maxdog” – being brought into our home, and another equally large Golden retriever – Tammy – a year and a half later.  One had to feel sorry for him as I saw him observe, in obvious dog-horror, how these two Golden pups exploded in size, and how the eventual territorial battle ensued. 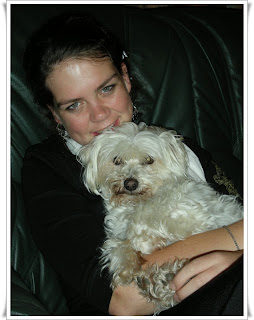 When I think back to Toffee’s puppyhood – that tiny little bundle of soft fur – I remember the sick feeling we got when we thought he was lost, and how we had frantically searched every corner of the neighbourhood only to find the  little pup fast asleep amongst the soft toys in my daughter’s toy-cupboard.  He’s graced her lap ever since and slept alongside her as she grew up.  I wonder, too, what role he played in her decision to take up the challenge of working and studying towards becoming a vet. 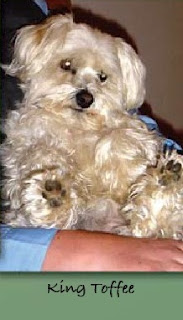 Toffee has sat on my lap too – in her absence – and sometimes sneaked into my bed as well.  He’s practically become a teddy-bear at the times when I needed to embrace my own inner-child. Each dog in my household has played a role in my emotional well-being and Toffee is no exception. 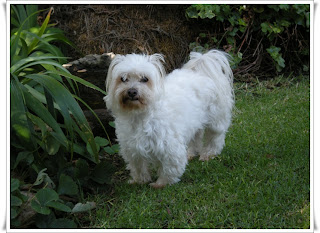 But, behind that sweet little personality has been a formidable war-general.  This little 5kg dog has assumed the fervent responsibility of guarding our home’s perimeter wall from any potential intruders.  He’s scoffed at other dogs sniffing him up and given them a clear reminder to keep their distance.  He’s challenged the postman, the cat and also a rat which broke the immigration rules. 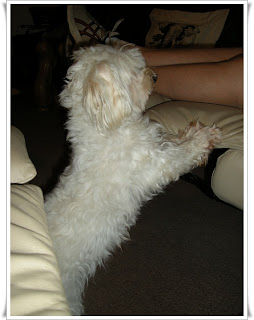 Toffee’s agility has complimented his independent nature.  No chair has gone un-tested and he’s learned to jump through hoops in the same way that Max did.

Jumping into the car, too, has never been a problem either.  Up until recently, he’s enjoyed his walks and has watered every tree in his path, pointing one of his hind legs to the sky in a manner befitting a much larger breed.  Throughout his life, his spirit has remained unconquered. This little dog has exuded the spirit for life to which we should all strive..... 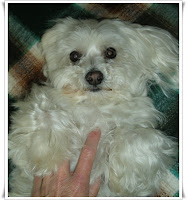 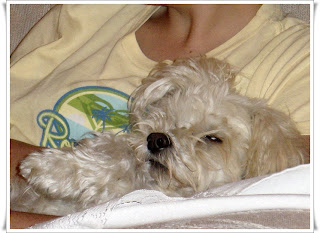 But now I look at him as he sleeps…


There is no pain.  He’s still and silent and beautiful as his life’s circle moves towards completion. I think about his transition to the dark world of blindness and how it has changed him into one of utter dependence on us.

The vet says that he has virtually no sight left.  He’s deaf too and he's gone off his food.  It appears, that he’s perhaps had a small stroke during the past couple of days because he’s rather unbalanced on his hind quarters.  The fact that he has torn tendons in his hind legs adds to the problem.

Toffee’s panting and shivering continue every time he is awake.  A feint odour of urea on his breath suggests that his kidneys may also be closing down.  There are many other signs which reveal his condition. He's definitely on a different road.

I am sad for Toffee, but also know that his life has been lived ‘To the Max!’  At this stage, I can’t predict when his time will come, but it is inevitable. For the moment, however, Toffee sleeps on  in comfort. 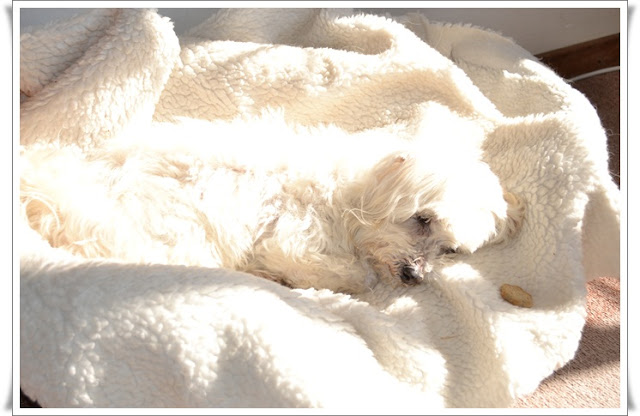 As they say...
‘When you bring a dog into your household, you take on inevitable heartbreak.
But, it is all worth it!’

Oh, I'm so sorry to hear that. We are sending you hugs and love, and smiling at all the good memories you have with Toffee. We've enjoyed sharing his life these last couple of years.

sweet little Toffee.....reminds me so much of my little Nelli.....such a lucky little creature to be so loved....my heart goes out to you during this difficult time of saying goodbye...
xoxo

So sorry to hear the King is not well. I know you will do the best for him in his final days.

even the smallest of paws can make the biggest imprint on your heart...thinking of you and sending comforting hugs.

Hi Maxmom, it'll never be easy. If it was, then we didn't really love them enough. Whenever that moment comes, you'll know - to give our "kids" peace from pain and increasing discomfort. Until then, watch over and love Toffee, as I know you will.

Caryl, You've given Toffee a great life and he has been an important part of your family. Take comfort in the good memories and I'll be thinking of you.
Hugs, Beth

My dearest Caryl, You've got me crying-not for King Toffee but for you my friend, for your loss and the family's. I know that Toffee is running free with Max and your other pups as well as so many from here in blogland. It is such a hard choice to make but one we make in love. Sending love, hugs and prayers to you today.
Noreen

Oh you poor things. Thinking of you across the oceans :(

mom can't imagine having to go through that with us....
Benny & Lily

What a lovely way to honor King Toffee.

Such a difficult post for you to write. My heart is breaking and my eyes are filled with tears - for you, my friend, and for your lovely family.

I am so sorry.... we are sending your family love... and stength.
love
tweedles