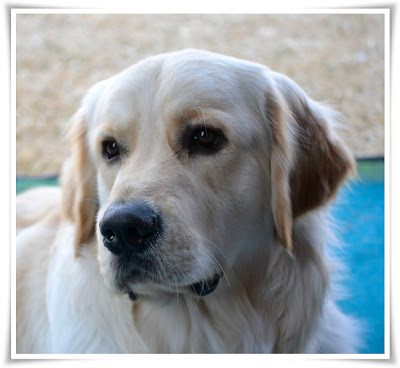 Hey guys,
They say I's still a
SWEET HOOLIGAN!
Yep, they put me in another dog show today - and I thinks I's sick of dog shows now!
Dog shows all weekend!
...and I'm often confined to my crate: 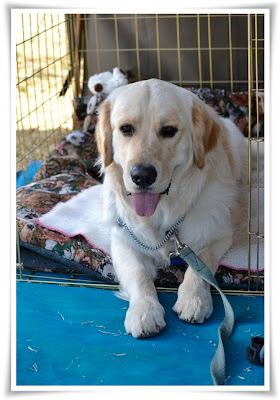 So, I try and creep out of the door.
Today's show was the
ROODEPOORT and DISTRICTS
CHAMPIONSHIP SHOW
Mista Donovan was my handler. 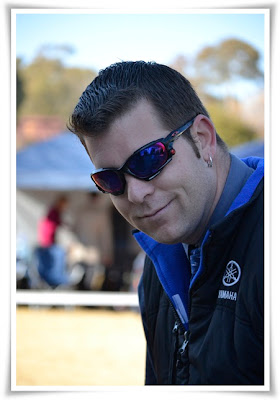 He's cool, hey?!
I like Mista Donovan!
Mista Donovan is always my handler.
Maxmom watches from the sidelines.
Today, I was an extra-sweet Hooligan!
Maxmom says she felt sorry for Mista Donovan 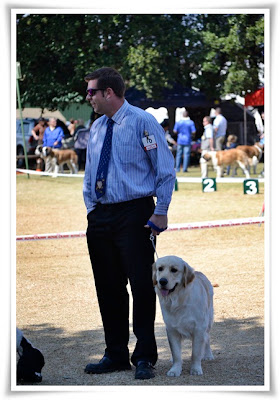 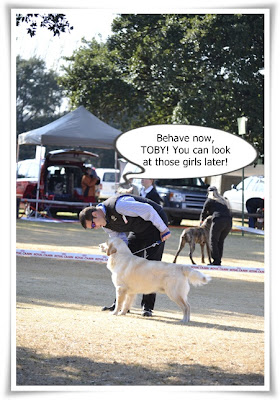 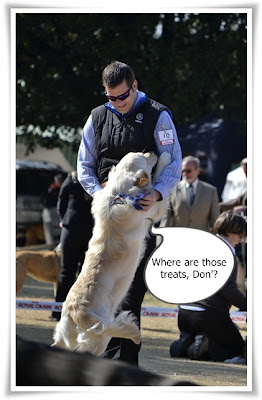 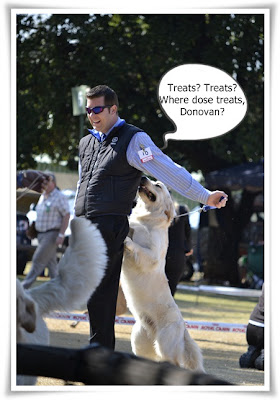 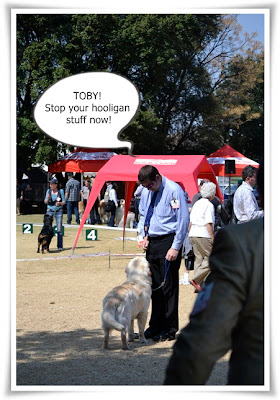 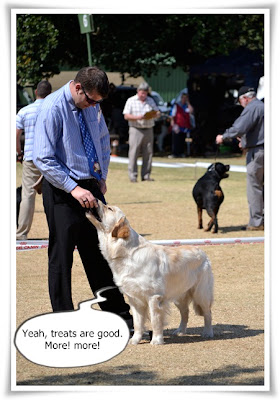 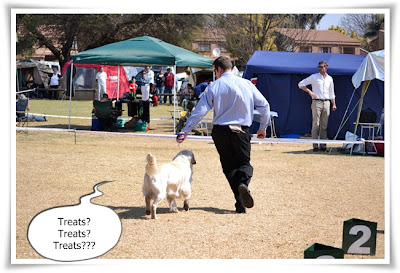 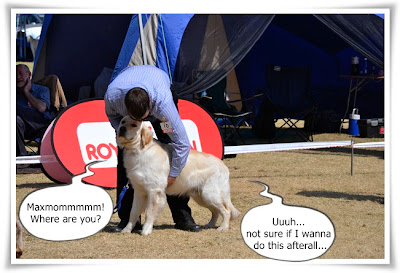 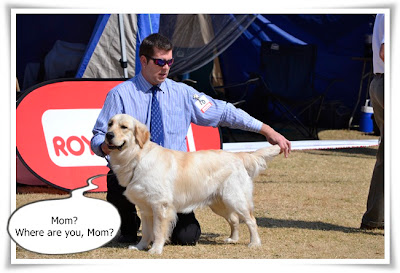 The Peeps say I did well: Both days I was the
"Best Junior in my breed"
and then went on to compete with the other breeds
Both days I came 4th in that competition.
But yesterday they also gave me a certificate which says
"Reserve Best in Breed"
and another which says
"RCC" 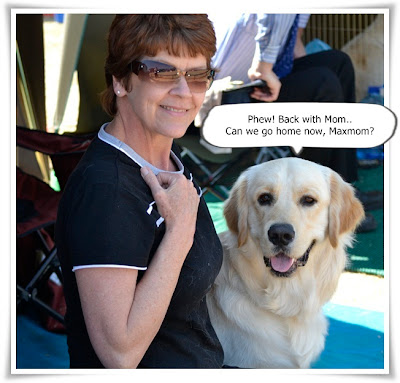 I think my 'SWEET HOOLIGANISM" is paying off!
What do my furry-friends think?
I'd love to know.
Sending lotsalicks

Congrats on ALL your awards Toby!

Now I sure hope you get lots of treats! BOL

We think you are a sweet sweet boy and if you ever get over 'Merica way you can join the Sweet Herd...

Good job. Toby looks like he loves the limelight.

JJ(your great granddad) wow Toby you are really strutting your stuff, just like I did,keep the Ruffitwood flag flying, with your uncle Harry, we are very proud of you. Lotsalicks Jj

Toby, we're so glad to see that you are not always perfect!! You look great in the ring, but we liked the picture where you're looking for treats, and the rottie in the background is BEHAVING!!! BOL!!

Enjoy this upcoming week of play!!

Gosh, obedience champ, accomplished actor and now a beauty king! What's next? You gonna be on teevee with a cooking show?

Toby
I think you awe bwinging mega smiles on evewyones fces on top of winning those honows, so YES YES I think youw sweet Hooliganism is essential and is paying off.
I hope you got all those tweats and can welax now and enjoy the pwaise.
I so loved youw pawfowmance in Annie..wish I could have been thewe in pawson to see it..you awe a twoo STAW!
smoochie kisses
ASTA

Hi Toby and Maxmom, you did very well and made your mom very proud. I hope that you got lots of really, really good treats when you got home. Mr. Donovan did well too.

Congratulations, Toby! You look like you stole the show to us!

Love ya lots,
Maggie and Mitch

Good job, Toby!! Just be yourself - cause you shine, dawg!!

Toby
You look like you have a fun time to me! And you keep your priorities in tune,,,, you know your treats are there somewhere,,and you know your mom is there too,,,, so it all counts to a happy day- where you shine so brite!
love
tweedles

I think Mista Donovan is cute!

Congrats on your awards, Toby.

Toby, mum says after me, you are her favourite hooligan. Have a good day. No worries, and love, Stella

I think that you're the sweetest hooligan who I've ever met, perhaps even equaling our very own hooligan - R.

Not only are you best of breed but you're the best in the world! Treats!

Congratulations Toby! Did you get to meet the girls after the shows?

What a handsome lad! Congratulations!

Good-looking AND a sense of humor. No wonder you have the fight back the ladies. Your cartoon bubbles crack me up!