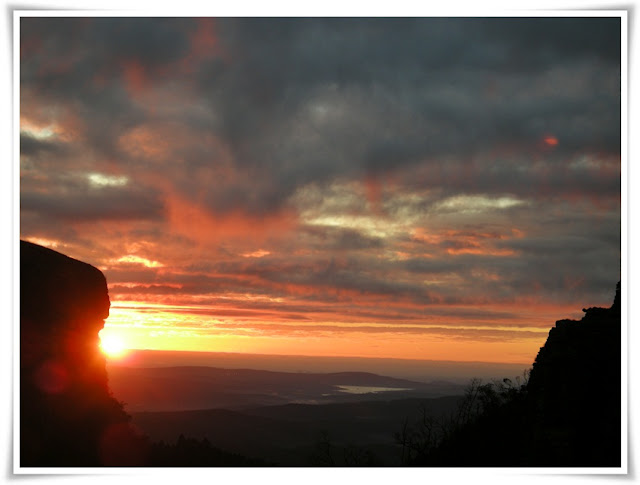 There are some sounds which are so integral to life in Johannesburg – the ever prevailing hum of the traffic, the intermitted sounds of aircraft streaming across the skies, constant conversations and sounds of all sorts of machinery.
In the suburbs, it’s the sounds of dogs barking, lawn trimmers and a soiree of bird calls – doves, olive thrushes, black-eyed bulbuls and nesting weaver birds. In early Spring we look out for a new call – the Burchell’s coucal, commonly known as the ‘Rain Bird’ – a sure sign that we’re in for a thunder- shower.
But I would imagine that many people don’t notice these sounds because the pace of city life is so intense. Most people are too pre-occupied with the stresses of modern living. But if you take a moment to switch off that ever present radio stream, you will understand what I mean.
Obviously at night, the modern day living sounds are dampened when people crawl into their beds and try and recharge their batteries for the next day. But it is the first Spring thunderstorm, which generally jars us all from our sleep to remind us that there are greater things at work in the universe than our little lives. I just love that first thunderstorm of the season!
There was no warning to our first storm last night. We’d had clear skies yesterday afternoon. But the first bolt of thunder at about 3am rendered me wide-awake. Soon, Toffee’s whimpering and desperate raking noises at my bedside made me sit up and retrieve him; to hug him gently to my chest and to reassure him that his world wasn’t actually ending. He was soon tucked into my side, underneath the warm duvet, snoring comfortably. 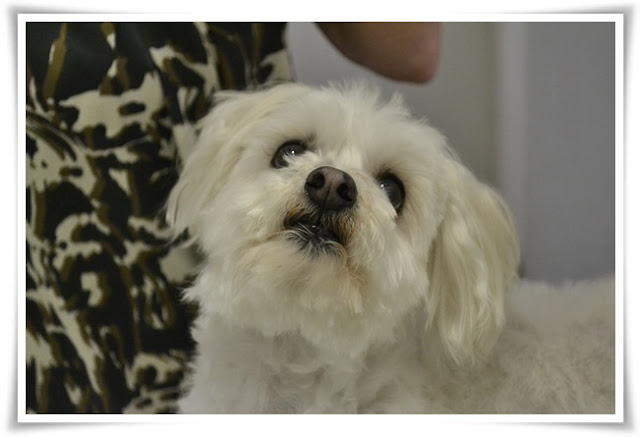 But, my own sleep was a thing of the past, so I decided to absorb the wonder of the storm.
First, soft raindrops played their magic on the roof of our house. Then the heavier ones confirmed that the storm was upon us. It wasn’t a violent storm by any means, but enough to remind me that some things are beyond my control.  I listened, in awe, to the wonder of this gift from the universe – the opportunity for winter to shake off its cobwebs and to embrace the new growth of summer.
This morning, bright sunlight streamed through our curtains. The neighbourhood is once again beautiful; sparkling and clean. It’s a new day, a new page in our lives and the opportunity for new hope – yet another opportunity to ‘Live life to the Max’.
Is it the excitement of my book which is making me more aware of the world?
Somehow it all just fits.
Yesterday we finalised MAXDOG’s cover and now it all seems so real. I am both excited and admittedly, a little daunted.  Soon that special dog, who played such a significant role in my own healing, will be immortalised in print. I can’t help but be overcome in amazement that I have actually accomplished my task.
“Wherever MAXDOG goes, let it do good!”
Here is a sneak preview of the final front cover. What do you think? 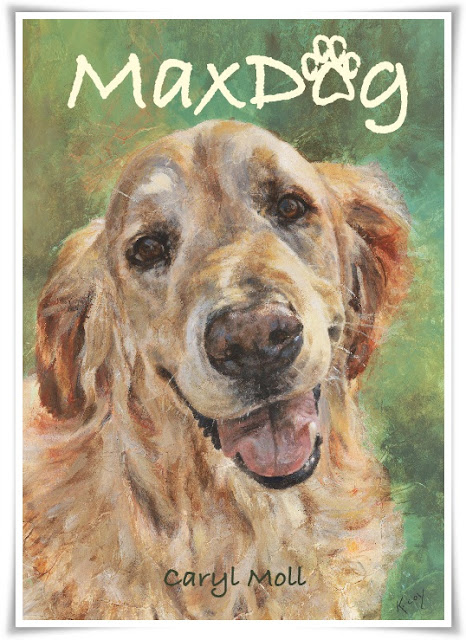 PLEASE NOTE:
If you would like to read more about my book

Hi Caryl, yes sometimes we have to stop and smell the roses. We can forget when we are busy so thanks for the reminder. Can't wait to read your book. No worries, and love, Carol (and Stella and Rory)

We LOVE the book cover. We can't wait to read it? Is it going to be on kindle too?

Our Autumn rainstorms have begun, although when you think that Summer is Denver's monsoon season, it's difficult to differentiate between summer and autumn storms. Regardless, I sat out on the patio two nights ago and watched the thunderless lightning play with the southern sky while the rain pattered softly among the leaves of the Linden trees all around. IT was a soft rain, little more than a whisper, but the smell it opened up in the earth was incredible, deep and sweet, something felt almost as much as breathed in.

I envy your Spring weather because Autumn and Winter are my two least favorite seasons. Your world is opening up, your days are getting longer and there is so much possibility all around.

Think of us on your brightest days and know that we're wishing we were there.

What a beautiful book cover. WE can't wait to get our copy. And when you come to America on a book tour, we will be in line.

Hi Maxmom, we love the cover. It makes us smile and isn't that what the Maxdog would want?

I felt refreshed by your rain here in Aberdeen (not that we don't have enough of our own!)
The book cover is just beautiful - no wonder you are excited. And, I hope, feeling very proud.
Cheers, Gail.

I am soooo happy for you and for Maxdog, too! He made an impact on all our lives.

The front cover couldn't be any more perfect!

Love, love, the cover...the font - perfect!!!
Toffee is such a love. This morning I woke up and Scrappy and I were sleeping back to back, her head laying on my pillow. I just rolled my eyes and smiled.

The book cover is beautiful and I think just perfect. I am so looking forward to getting this book.. Hugs GJ xx

Maxmom
You wite about the wondews of the oonivewse wif such booty, we can see and feel the stowm, the sunset, the waindwops as if we wewe thewe.
Mommi and I awe vewy vewy excitewed fow you too ..the covew is pawfect!!! and I know max is pwoudly smiling amongs his fwiends in heaven "that's My Mom who wote that"
how wondewful!
Thank dog that Toffee found comfowt and peace undew the soft covews and in youw awms
smoochie kisses
ASTA

The cover looks wonderful...Toffee you must be proud of Maxdog
Benny & Lily

I think the whole book will be as awsome as the cover!
Absolutely gorgeous!
love
tweedles

Condrat with the book. The cover looks perfect.

There is nothing like the sound of a thunderstorm to calm my inner most turmoil. What a paradox!!

I LOVE the book cover! Especially since it is inspired by that beautiful portrait from your blogging friends. There's a lovely symmetry there! Thank you for all your kind notes during our ordeal wth Petey. We really felt the power of the paw from across the globe! I have a good friend from South Africa who may be moving back to Johannesburg in the next few months. I'd love to put the two of you in touch as I think "this could be the start of a beautiful friendship!" (He's a dog person, too!)

I love the book cover too, it really looks great! :)

I totally love storms - rain, wind or snow. Being inside during a rainstorm knowing that everyone I love is safe inside feels so good. During snowstorms, sitting by the fireplace with hot cocoa and tiny marshmallows bobbing on the surface is so comforting. Mother Nature is amazing.