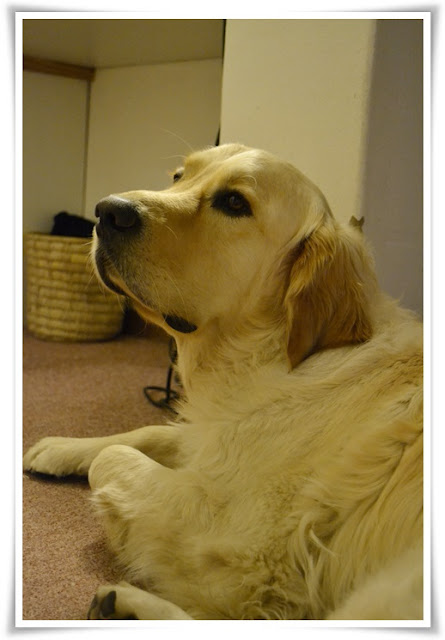 When Toby was only ten months old, I withdrew him from dog training.  In retrospect, it may seem silly, but at the time I was exhausted.  We’d just wound up a hectic training schedule for his performance in the stage production of ‘ANNIE’. 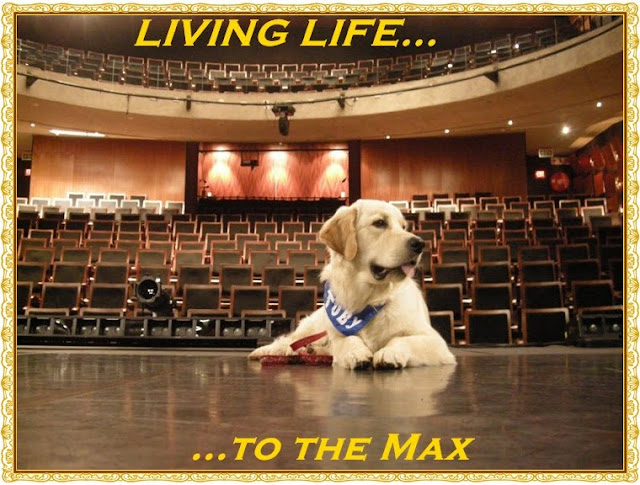 Although Toby was young, he’d already completed his puppy classes, his elementary beginners’ class and received his certificate for ‘Canine Good Citizenship – bronze.  (I suppose this is quite extra-ordinary for a dog so young)  He’d also appeared in the show ring and been on a few school visits.  But “ANNIE” was the pinnacle of all our hard work –  5 days, 7 performances.  Phew!  We were both exhausted!

After some thought, I decided to give us both a break: I withdrew him from the strict, formalised dog-training regime and promised to give him time to “just be a dog”.  We adopted a daily routine of leisurely walks, interspersed with a few sessions of reinforcing all his tricks and obedience commands.  He was young and energetic but also needed some freedom – space to explore and to rest.

This break allowed me to concentrate on my writing too, as well as the publicity surrounding the publication of my book, MAXDOG.  Everything fitted into place and Toby spent his days at my feet – enjoying the occasional treat thrown his way.

He’s been an amazing dog in his three years of life.  As a mature dog, he’s large, energetic and has become quite a handful in recent months. 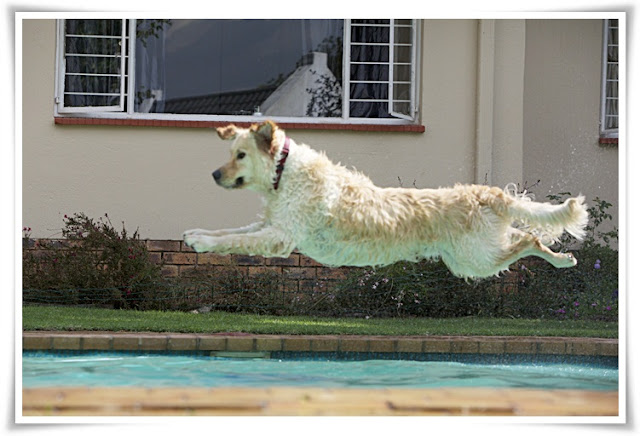 The addition of our dear little Lexi into our household has obviously also added another dynamic.  In my usual ‘go-for-it’ kind of way, I’ve applied myself diligently to Lexi’s basic training and socialisation.  She’s fitted beautifully into our family (both canine and human), but again it’s been hard work.  She’s making steady progress and her training will continue in the months ahead. 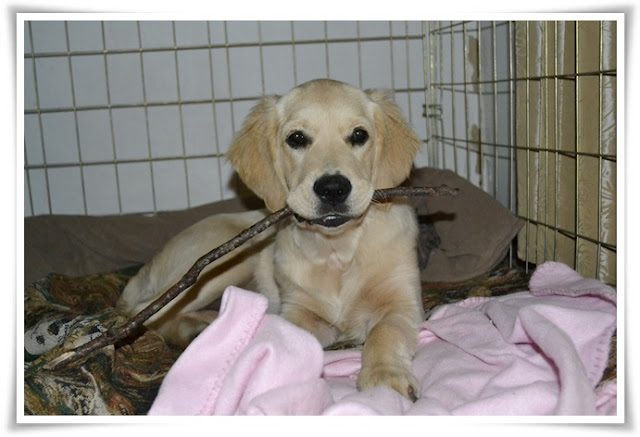 Toby’s behaviour however, since Lexi’s inclusion, has become increasingly energetic.  He has “celebrated” her arrival with renewed energy.  The two of them play endlessly, for hours. But I’ve also noticed small changes in Toby’s behaviour – increasing distraction, refused recalls and an odd hint of depression.  After some serious thought, I decided to take him back to formalized dog-training.  Our first class was on Thursday last week.

I must admit, I was rather apprehensive as we rode to the training centre with Toby in the back of the vehicle.  He is a big dog and, at times, difficult to control.  Although he knows his commands and performs them beautifully at home, he pulls on the lead when out-and-about and sees his ultimate reward as the opportunity to play freely with other dogs.  He is so exuberant that he has, indeed, caused me great embarrassment when  he knocked someone over in the park on one occasion.   In simply terms, he’s become over-friendly which is often construed (understandably) as basic bad manners.  I had to do something to stop the trend.

But Toby surprised me at his first training session. Instead of the lurching forward with the uncontrollable behaviour I was expecting, he was just so contented to be back in the McKaynine training environment.  It was a breeze and I have a happy dog again!   All I want is to give him personal time with me - away from my other canine companions.  Touch wood, it’s working.  He loves it! 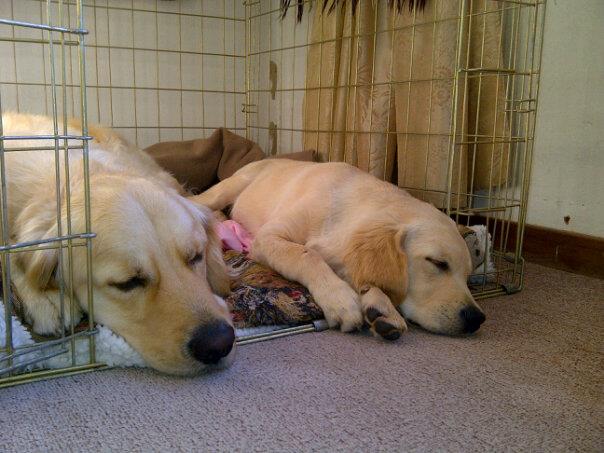 So now I have two dogs at formalised training; Toby on a Thursday evening and Lexi on a Saturday morning.  In addition, I have the challenge of caring for an elderly dog too.  Tammy is definitely in her Twilight years - sleeping a lot in the day... 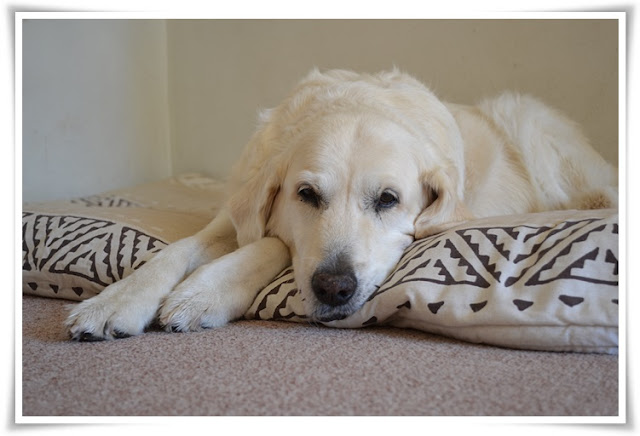 Add this to all the walks and individualised training at home, there's not much time left for me.  I feel constantly tired – enslaved by three dogs with radically different needs – and I sometimes feel quite overwhelmed.  In my heart, however, I know that this investment is important for the long-term relationship with my animals.

Next week, we’ll be taking a break – to a game farm – and I will use the opportunity to recuperate and escape from my self-imposed doggie-prison.  The pooches will be left behind in the capable hands of our dog-sitter.  We are really looking forward to it.

So, tell me - do you sometimes feel overwhelmed by your own dog regime?

Dexter tends to pull and act nutty too whenever we are in new places (or even if we arrive at a familiar place via car).

I usually take Dex to at least one obedience class a year. It's good for a refresher and I always learn something.

i get it! especially since i work with animals....i find if i take time for myself, i am better for my dogs! :)
have a wonderful holiday! look forward to the pics!
xoxo

With 10 little ones in our pack, you bet I feel pooped most of the time. But, like you say, it is so worth it and I cherish every minute!

It's always more work to have a puppy in the house. It definitely adds to any work you might do with the others and senior dogs require their own set of special needs. It won't last forever as we all know Miss Lexi will be all grown up before you know it.

I have no experience of more than one dog, so it's hard to offer any useful comments. Although I suspect that one clue to your exhaustion is in the title of your post, i.e. SELF IMPOSED doggie prison. I'm afraid that I have lower expectations of Bertie. Yes he is not always perfectly behaved but I find it easier on myself to manage his imperfections rather than try to make him the perfect dog!
Anyway, enjoy your break. One often sees things differently after a time away.
Cheers,
Gail.
PS from Bertie. WHAT DO YOU MEAN i'M NOT PERFECT!!!???

You have so much doggy energy there and no wonder you are tired. Enjoy your break and recharge those batteries.. Hugs GJ x

Toby is such a sweet hooligan! Doesn't his name fit him. His accomplishments proceed him though, his performance in Annie at such a young age reflect all the hard work and obedience he learned for that period in his life. I love your sweet hooligan, your Sunbeam, and most of all your sweet Tammy,,all have special places in my heart.
love and blessings to you all.

Our Meowm has a kitty prison, and it gets tiring sometimes too. she wouldn't be able to deal with 3 woofies!