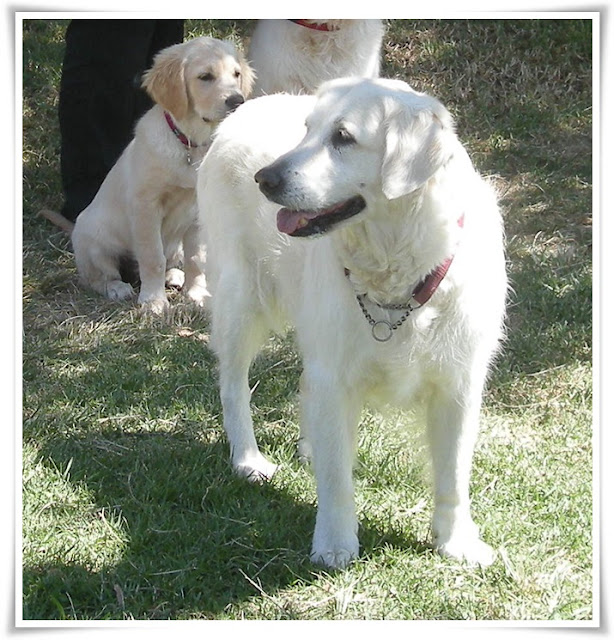 It’s common knowledge that crime in South Africa is rife.  Every day there are new stories of attempted robberies and house-breaking.  Jittery citizens are constantly on the alert. This includes me.

Well, we had a “break-in” today.  Thankfully, I wasn’t home at the time, but received a frantic phone-call from my husband’s office to tell me that the panic button had been activated in our house and the security company was on their way.

“Are you ok?” the ‘Boss’ sounded distressed.

“How far away are you?” his tone was urgent.

“Not far, but I’m on my way. Maybe you can ask the security company to go into the property and check things out.  But don’t worry, I’ll be there shortly!” I reassured him.

I abandoned my warm teacup, grabbed my car keys and said a quick good-bye to my friend.

“Let me know if everything is ok,” my friend shouted.  I nodded, gave a brief wave and turned into the main road. The trip home was nerve-racking. What was stolen?  Who had broken in? Five minutes later I pulled into the driveway.

The security vehicle was parked outside on our pavement – lights flashing - and the pedestrian gate was ajar. I parked and quickly locked the car.   The dogs were frantic and running around wildly.

“Here ma’am!” I heard his call and I made my way around the house to the back yard. There were glass shards everywhere.  With his baton in his hand, the security guard told me that the intruder had broken through the bedroom window.  “He’s in the bedroom,” he said. “Maybe you should go inside and see.  Do you want me to come with you?”

He saw my confusion and gave a reassuring smile.

“Don’t worry, Ma’am,” he laughed.  “It’s just a Hadedah Ibis!   The bird flew right through your window.  He’s inside, but really scared, so I don’t want to go in myself – he might do even more damage.”

Hadedah Ibises are wild birds and not meant to be indoors.  They are large and adorned with  extra-strong, curved beaks that are meant to be used for digging up grubs in the garden. This one was in our private bedroom! 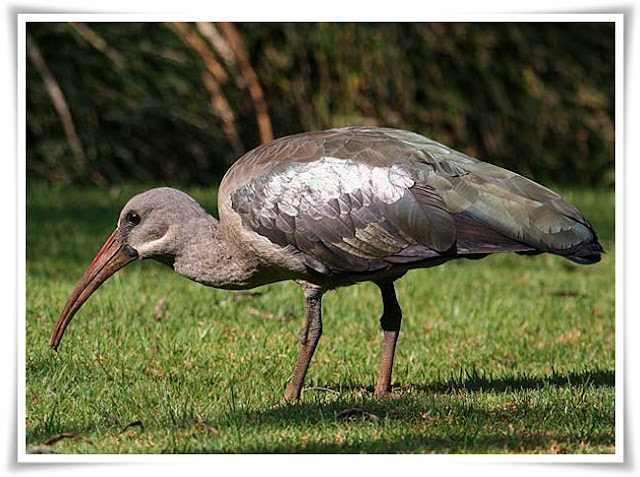 I quickly locked the dogs away and entered the house to start my reconnaissance. I knew that the poor creature would be terrified, so I grabbed a light blanket and made my way down the passage towards the main bedroom.

A picture of Armageddon awaited me:  Glass was strewn on the carpets and the poor thing had, literally, sh*t himself!  At first I couldn’t see the bird, but then found him - cowering under my wing-back chair, making strange hissing sounds as I approached.

I opened the blanket like a Spanish bull-fighter and moved in.  The bird backed into the corner.  Then with the agility of 007, the creature darted through my legs, around our king-size bed, and made its way desperately down the passage.  (I’ve always wondered why our feathered friends choose to walk when they are created to fly.) What a funny sight – a desperate waddle down my passage by my newfound, feathered friend.

With equal stamina, I tracked its jaunt.  It arrived at the security gate in the passage, took one look at it and made a right turn into my private ‘Den’.  Oh no, I thought, I’ve just cleaned the place out.  But the bird was on its own mission - to find a dark place to hide in – Pronto!  It made its way straight for my open cupboard – the darkest place in the room. Soon I was on my knees next to it and managed to throw the blanket over the bird, wrap it up and gather it up under my arms.  I stuffed it in my armpit like a set bag-pipes and walked out of the house with haste.  Whew!

For some reason these birds switch off their mental faculties when in darkness, so it settled into an uneasy calm while inside the blanket.   Once in the open sunshine again, I paused and eased the blanket off, hoping to check if it had any injuries.  The bird took one look at ‘daylight’ and sensed freedom.  The fluttering under my arm was frantic and I acquiesced.   With a loud ‘KWEEEEEH!!!” our intruder took off amidst the frantic barking of my Golden trio behind the gate.

I can only assume that it was our dear ‘Aunt Tam’ who was catalyst to this adrenalin-filled event, (Tammy's entire life mission has been to catch one of these creatures.  She’s stalked them for years) She must have taken it by surprise during it's leisurely breakfast at the back of our house, prompting it to launch itself at our bedroom window.  The responding siren from the alarm must have sent it into an even more urgent frenzy. Unfortunately, however, it was trapped.

So you see – ‘house breaking’ has definitely migrated to an unusual section of our community - the large bird population in Johannesburg.  Now I’m having to answer a number of awkward questions from my friends; the most common of which is:

“Was anything taken during the break-in?”

Very funny!  I can gladly report that nothing was stolen by my feathered friend, but I’ve had to spend the entire afternoon vacuuming up glass and washing our carpets. For the time being, cardboard has replaced the missing glass pane - that task can wait for tomorrow.  I can only imagine the twitching noses and investigated efforts from my Golden trio when I grant them access later tonight.

Crime is certainly on the increase, but 12-year-old 'Aunt Tam' is  making determined efforts to eradicate it!  Thank you, Tammy!

Glad to hear your intruder was only a feathered friend. Sorry about the mess though. I'm sure Tammy was hoping you would bring the quarry to her before releasing it back to the wild.

We could not help but worry reading your title post MaxMom. We are glad you are ok. So brave of you to handle the capture and release of the "intruder" you sure knew what to do.

Aunt Tammy probably has her version of the story. Hmmm...

We have heard of cat burglars - but bird burglars?

At least it was a bird and not an intruder! Everything is safe and repairable, plus, you have a humorous story to tell!

I am so thankful you are safe, the bird is safe and minimal damage was done. I know you and the dogs must have been exhausted from the frenzy after all the excitement...the adrenaline rush alone would have done me in but you wrangled that bird.
Well done.

Close call. You did a great job saving the scared bird. As for Miss Tammy, the mighty hunter. I suppose it's a good thing she scared the bird into your house. It would be awful to come home to a pile of feathers.

Nice job of "catch and release!" And, excellent hunting, Tammy!

Oh my word! That is nutty! Thank goodness it was a bird and not a bad intruder. Very scary
Snuggles,
Benny & Lily

Howdy Caryl, what a surprise visitor. I wonder what your feathered friend would have done if she had not been found for some hours. Thank goodness she and your home were all ok (well except for the broken window!). A happy ending for you all. I was a bit worried when I first started to read that's for sure. Take care all. No worries, and love, Carol (and Stella and Rory)

Just goes to show you - those seniors sure have a lot of life left to give. Mr. Scout and Miss Tammy are prime examples☺.

MAXMOM....
Did you miss me? {Okay, that was part of a Tony Stark/Iron Man line from "The Avengers". Very cocky and self-centered, actually!!} Well, I have appeared missing in action so to speak around everybody's Blogs lately. To complete my Secretive Writing Project. Well, I'm baaaack!! Did you miss me? Hee, hee, hee.... ;)
I love your Header Picture!! ;)
What a story!! You had me initially concerned, however, that some bad guy was actually in your house!! I am so glad that turned out untrue!! ;op
Love, Raelyn.... Plus Rose, my BEAUTIFULLY UNIQUE "Mystery Dog"!!

We don't have birds coming through our windows but because I live on the edge of a golf course I have balls hitting the side of the building all the time. They make a terrific bang. So far I've been lucky, but several Christmases ago I had a neighbor who had a ball come through his window when it was incredibly cold.