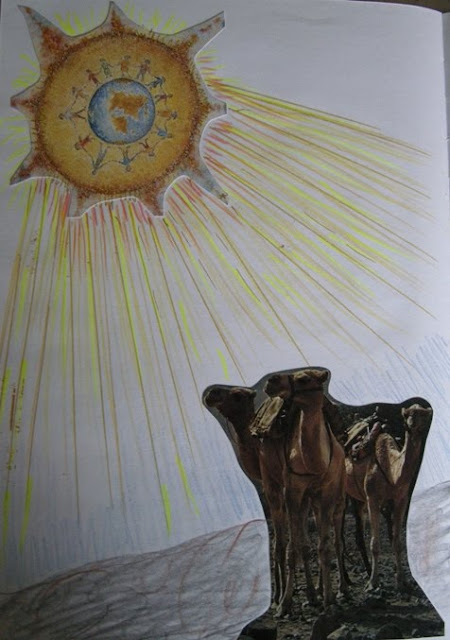 Throughout time human beings have been fascinated with the heavens. Astrologers, Astronomers, philosophers, poets, scientists and simple ordinary folk have studied stars, asteroids, planets, and galaxies in order to discover the essence of life.

I remember, as a small child in my father’s arms, gazing up to the millions of glittering objects in the sky and him telling me that although I was seeing them, some of them were already gone.

Having grown up on a rural farm it became habitual to stroll out into the cool evenings to watch the stars appear. I would often whisper the childish chant...

On the farm, our skies were clear and free of invasive smog so we often spotted satellites and shooting stars. I remember getting up at 3am one morning (early 1960’s) to go to the highest point in our area and watch a comet that was travelling past. We stood there for ages, clutching warm mugs of tea, with our heads pointed skywards. That comet had a tail stretching right across the sky and it made a huge impression on my young mind.
(Although I do not know its name!)

Nevertheless those special times on the farm gave me a deep appreciation for the vulnerability of my own planet.

Nowadays I live in a buzzing metropolis. It’s difficult to find opportunities to observe these heavenly spectacles. Our cities are lit up and our pollution conceals their presence. Even the fireflies have disappeared - a great sadness for me- because they too rely on their own personal illuminated navigation.

But there are still many things to marvel at. On hot summer days I am often able to observe the most incredible cloud formations. As they build up they are presented as artworks in our skies. I marvel as these angry storms grow and announce themselves with resonant thunder and widespread lightning.

Later when the storms have dropped all their cargo, the thunder still rumbles into the night leaving me breathless and inspired. Some storms are aggressive and volatile, but many of them offer us magnificent rainbows. 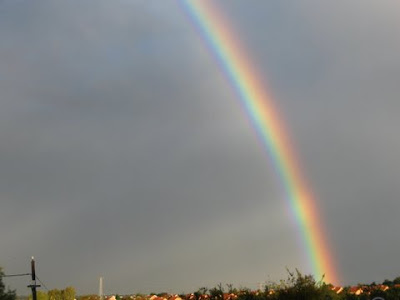 Who won’t stop to marvel at the incredible colours offered by a rainbow? 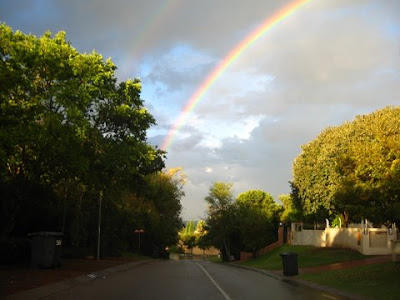 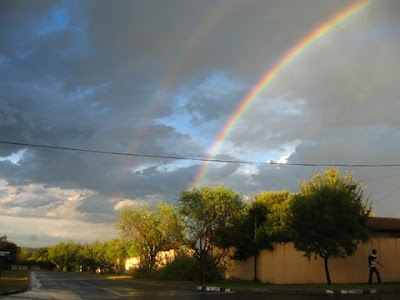 In January 2007 the residents of our city were offered a unique opportunity to observe an age-old heavenly phenomena. For seven days the comet “McNought” was visible in our skies – either just before sunset or just before dawn.

For a while it was doubtful whether we’d be able to see it in our neighbourhood. I joined up with a small group of people who congregated in the car park of an elevated shopping centre nearby.  This small group met each afternoon to look for the comet. To our delight it became visible, each afternoon, just before sunset.

How wonderful it was to find such like-minded people, in a busy city, who were marvelling at something so timeless. That heavenly spectacle seemed to bond us all by its very presence. I couldn’t help but marvel at our amazing Creator!
...and thus this poem was born:...


THE COMING OF NOUGHT

We clustered together, in mission,
Searching the western skies.
Strangers connected, hopeful
To answer all the cries.

Hype; contagious, rumour fuelled
Somewhere out there, Unseen,
A call to witness the Artist in action
And glimpse what He’s always been.

The sky glowed red in Majestic light
As our world gave up its day.
We watched in awe, in silent space
As the Prophetic star pointed our way.

A Trinity shape, in silver hue
It marked the sunset sky.
We watched; each other, ourselves, the heavens,
Could it be, after all, no lie?

Plunging through the sky that night
His powerful path, maintained.
Elusive, misunderstood, beautiful Light;
A vision to be framed.

Breathless, the scene was gone,
Our minds, in Unity stained.
The story would be told for years to come-
“Your Call unanswered; then nothing gained!”

HAPPY EARTH DAY!!!
Have a wonderful weekend!
With love

When we lose one of our human family or one of our Golden family, we always look for the brightest star that evening as a sign that they arrived safely at their eternal home.

An absolutely spectacular post! Not only did we get to see a bit of your childhood through cherished memories, we got poetry and a little encouragement - 'stop and smell the roses'.

I agree, it is oftentimes the tiniest and smallest of events in nature that produce unimaginable glory.

What a lovely post, and a perfect reminder of how incredible Mother Nature is and how wondrous the heavens are!! This is why I so love living in the country!! Being able to see the "lightening bugs" and stars and all that's there is truly a blessing for us!!

Such an inspiring post - that's why we love to visit here and at MaxDog - you always have such a positive attitude and have such awesome messages.

Have a great weekend.

First, let me say that I'd like you to read what I wrote on MAX's blog post for today. I was literally LOLing. For some reason Tammy's face just cracked me up and that was before you described putting the shirt on her. Oh my,,,that was my belly laugh.
Second, I love the skies, rainbow pictures are great. One evening, here in the holler where we have, what I call, advanced darkness every night our son was visiting. JP was gone and it was just he and I and he got out his "night vision" binoculars!!! It was like the stars multiplied by thousands. I highly recommend it to any sky watcher. Somehow, the night vision stuff filters out so much and it's all sparkly.
Blessings to you and yours....patient MAX, panicked Tammy, and picky Toffee!!! Three peas in one lovely pod.

Hi MaxMom - Yes, you and I are on the same wavelength. I love your story of the comet and poem about it. Our world is simply astounding and glorious - but so often we miss truly seeing it in our preoccupation with everyday life.

I love your story!

Thank you for sharing this poem. As a child, I remember my dad telling showing me three stars that formed a line. He said that those stars remind him of me. After he passed away, when ever I left down, I would look up the sky and find those stars and it make me feel that he is just there to watch over us.

Thank you for reminding me this beautiful memory.

Your poem was spendorious.
I felt it in my heart.
I watch the stars, I watch the clouds, ,,,,, it's like a magic show, and it feels so good to know that part of the world is in control, even if it is the universe.
love
tweedles

Wonderful poem, wonderful post. Thanks for the reminder of the Creator of our universe and all it contains.