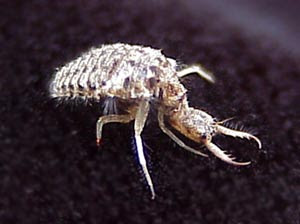 Hello there to all my readers!
Some of you might have heard this story from me before.
If you have, please accept my apologies.
I thought it interesting enough to repeat once more...
---xXx---
I grew up during the 1960's on a small farm in rural South Africa. The narrow farm road leading up to our old farmhouse was littered with natural sandpits, worn down by the tyres of busy farm vehicles.
That sand was my domain and I played in it for hours, experimenting with varieties of interesting patterns and covering myself in its glorious warmth . So you can imagine when one day, to my horror, I found MY sand to be patterned with small conical depressions. My reaction was something like the story of the "Three Bears" although this time I was asking,
"Who's been playing in MY sand?!"
As a young farm child  I usually unravelled the answers to my innocent questions by simply observing the world around me.  Sooner or later they would be answered by nature's natural course.

As the sun rose that morning so too did the ants. They emerged from underground cavities to go about their daily business and invade my sandpit. These particular ants were well known to me. They were small and brown and did not bite. I left them alone but watched what they were up to.
As I was watching an ant fell into one of the conical holes. The ant started to struggle but these holes had obviously been carefully crafted. Soon a spray of fine granules was tossed into the air out of the tiny pit. The ant struggled in the unstable sand. I looked on as it was gradually dragged down towards a waiting set of small pinchers. Before I could blink, something had it. The pinchers had taken a firm grip of the ant and they both disappeared into the sandy grave.
I was 6 years old at the time and sat there - riveted in fascination.
This was my early introduction to the world of the ANTLION.
Over the next couple of weeks, I managed to catch some of those antlions. The trick, I eventually learned, was to use a thin piece of grass and quietly tickle the sides of their conicle depressions. It would disturb the sand and prompt the ANTLION to action. Soon it would be frantically throwing sand up from its pit. As this was happening, I would reach in and as gently as possible grab at the sand. If I was lucky, I would eventually find the little creature but I had to carefully sift the sand through my fingers.
I then placed the tiny captive in a shoe box filled with sand and would watch, delightedly, as it dug its way underneath the soil. I spent hours catching ants and delivering them into the small death traps of the ANTLION.
My glee however didn't last long. After a few weeks the ANTLIONS and their beautifully crafted holes simply disappeared. For years I was baffled about their disappearance.  It was only much later in my life, in the age of encyclopedias, that I discovered the secret of the ANTLION...
---xXx---
The ANTLION, often known as the 'Doodlebug' is resident to temperate climates all around the world. They are creatures in transition since they are, in fact, the pupa of the 'lacewing' (a form of dragonfly).
During their 'ANTLION' stage, they feed primarily on ants, drawing these insects into their deathtraps and then pulling them underground to feed on their juices. These carnivores are quite beautiful with tiny furry bodies and small, neat pinchers.
Once the pupa stage is complete, a grand metamorphosis takes place as they develop into the pretty
DRAGONFLY or LACEWING. 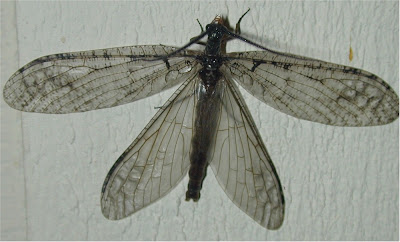 Isn't nature amazing!
Not only do the little things in nature provide entertainment and food for thought,
but if you stop and watch, the answers are usually right before your eyes.
Have a wonderful day!
With love

Well we learn something every day, and today we started early.
Thanks for sharing that interesting information.

I can't believe it - we have another thing in common!! I played with those same "doodlebugs" growing up in Florida. I did the same thing with a piece of grass. They are amazing and so is their Creator.

We have a few antlions here, but they are tiny little things.
I had no idea they turned into lacewings, though!

I think your explanation about Antlions was much more interesting and informative than when I had to study insects in college... it was rather dry and boring, but you made them come to life!

I LOVED READING THIS! Not only do you write very well when you spin a story, I just have such a good time learning about the world around you. MORE, MORE, MORE☺

How fun you make it for us to learn about new things. Thanks.

I relate to this a lot, mainly because I grew up on a farm, too, and often amused myself in similar ways. I can remember us catching different colored ants and putting them in a bottle to watch them fight. Isn't it just cool when you get those little a ha moments and figure out the answer to one of the little mysteries of life?

I didn't know that about dragonflys!...You're right, so many times in life, if you pay attention, the answer is right in front of you!...Have a great day.

I had no idea that dragonflies came from these creatures. I wonder if they live here in the high desert?

This was interesting. This brought back another memory, when we were kids we always had ant farms. You probably did too. When you have a little glass jar and fill it with sand and watch the ants all day work! Fun stuff!
xxoo
Deborah

I would like to sit at your feet and listen to more stories.
Will you tell another one ?
Just for me?
This was amazing!
love
tweedles

I used to do the same thing! We have "Doodlebugs" here, too, and when I was a kid, my Dad showed me how they worked and what they looked like. The only thing I didn't know was what they looked like after they grew up! We have several kinds of dragonflies around here, and it is interesting to know that some of them were doodlebugs at one time.

My Dad also spent almost a whole day with me up in a mountain stream watching a Dragonfly of the other kind crawl out of the water, dry off, crack open, crawl out and pump up it's wings so that it could take off in flight... much as we will do someday! What a beautiful, wonderful memory... for he has already flown! Linda from Corgi Country

P.S. I was on my way to bed when I saw the doodlebug and had to read what you'd written!