***I am grateful for our special "Weed" 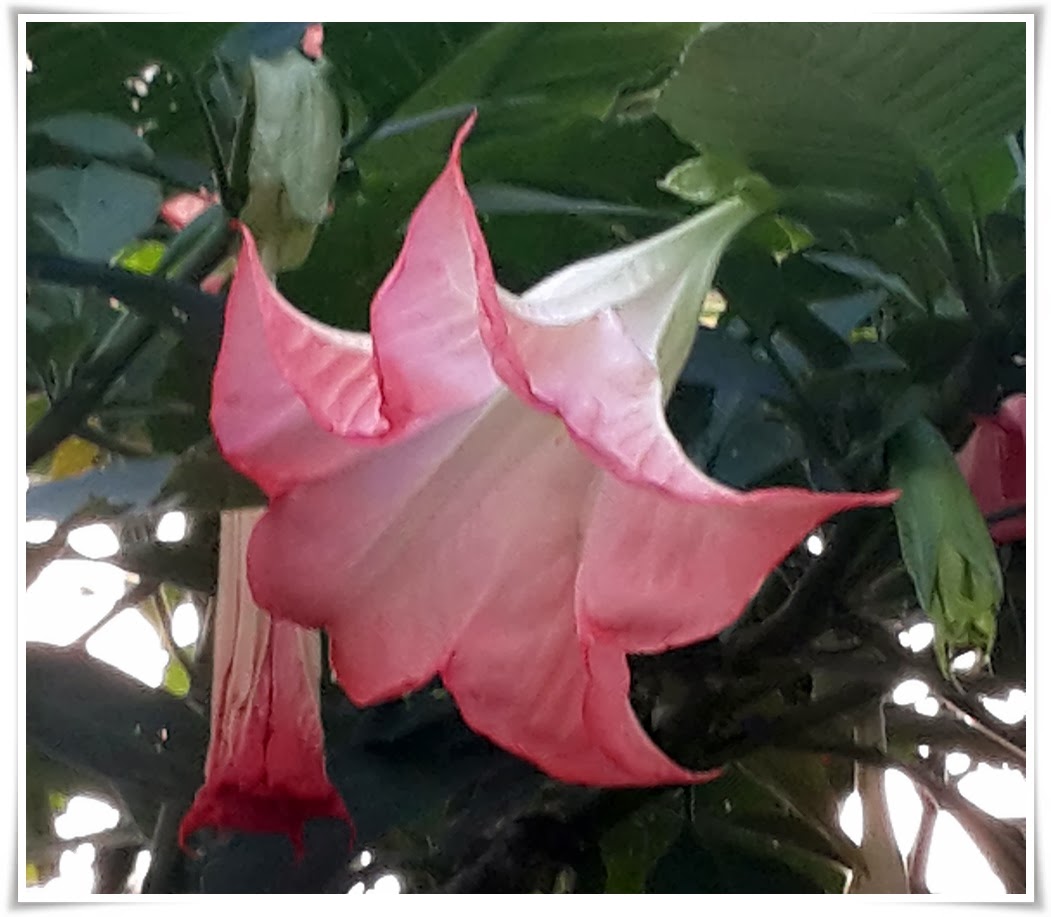 I am grateful for our ‘Weed’.

Some time ago a simple seed drifted in the wind and landed in one of our flower beds.  It quickly took shoot and grew in earnest.  I was intrigued by its resilience and gave it a little space to ‘do its thing’ that summer.

The ‘Weed’ stretched its limbs and grew tall in the rich sunlight that fell on that flower bed. Taller and taller it grew. Wider and wider too. Soon it was bigger than all the other plants and its first flower buds began to appear. They were beautiful ; a large, fleshy bud with five stringy bits. One evening it burst open to reveal a beautiful, pink, tulip shaped bloom.  Soon the bees arrived to investigate this new treasure. Throughout that season we watched as the plant religiously produced a brand new bloom each evening. Sometimes it produced more, but by sundown the blooms had wilted and dropped. Glory is short-lived.

My intrigue turned into irritation as the dry blooms dropped and created an untidy mess at its base. By winter, the plant turned into an ugly, dried arrangement and I instructed my gardener to removed it and throw it away.
It was obvious that the plant had a mind of its own.  The root system was cumbersome and the poor gardener spent hours chopping it out.  Finally, the bed was clean again and the stump of the ‘Weed’ discarded into tiny, chopped-up pieces in our compost heap.

A cold winter followed. Spring finally arrived and so did our desire to spend time in the garden.  One afternoon, while examining the compost heap, I noticed the all-too-familiar green leaves. Whilst we weren’t looking, our ‘Weed’ had taken root, once again but this time IN the compost heap. 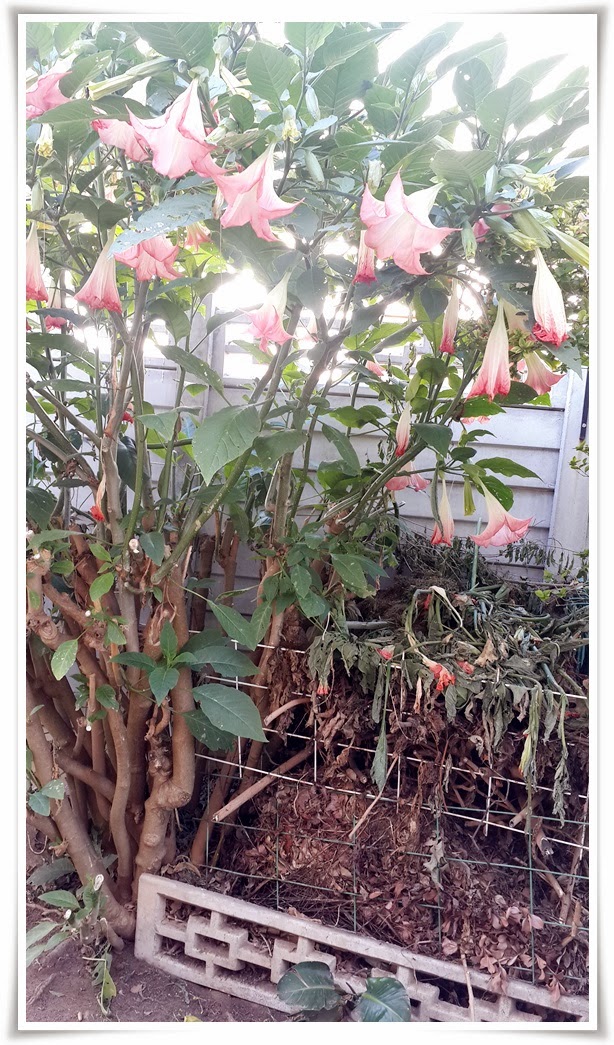 Oh well, I thought, let it be. Once again, it's made itself at home, growing tall and wide. It’s been ruthlessly pruned over the years. Nowadays, the ‘Weed’ still graces the untidy compost heap. In summer evenings a waft of its pretty fragrance drifts through our bedroom windows. We’ve discovered that it is called a ‘Moonflower’ (Possibly because it blossoms at night).  I’ve come to love its ways… as well as its subtle message to us all:

Never discount ANY of God’s creations!
After all,  by definition a WEED  is simply and UNWANTED plant.